Legendary, and often controversial radio 'shock jock' host Don Imus has passed away. Imus announced that he was 'turning out the lights, the party's over' in January 2018. 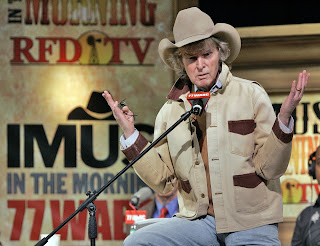 Imus drew the ire of many in 2007 for directing racial slurs toward the Rutger's University Women's Basketball team. That led to him being fired from CBS. He leaves behind his wife Deirdre and 6 children.