iHeartMedia San Diego’s Star 94.1 FM Announces the Debut of the New “Jesse and Tati in the Morning” 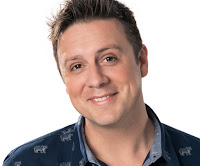 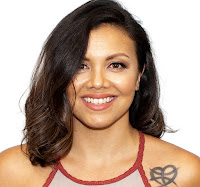 The show brings popular San Diego on-air personalities Jesse Lozano and Tati Santiago together as co-hosts. They will bring a fresh new perspective and energy to listeners every morning by discussing the latest celebrity headlines while airing music from top artists including Pink, Maroon 5, Taylor Swift, Ed Sheeran, Katy Perry and Shawn Mendes.

“‘Jesse and Tati in the Morning’ will be an entertaining, San Diego-centric morning show that focuses on relatability, giving listeners a great variety of music to get their day started,” said Joe Haze, Program Director for Star 94.1 FM and Channel 93.3 FM.

Tati began her radio career in Honolulu, Hawaii at KIKI-FM. She then moved to San Diego in 2006 after accepting a position at XHTZ-FM. Her radio career took her to the east coast in 2013 to co-host morning drive at WPGC-FM in Washington, D.C. and after three years, Tati returned to San Diego where she most recently served as morning co-host at JAM’N 95.7.

“From beginning my radio career in Hawaii to now being able to work mornings with Jesse Lozano on Star is something I could’ve never dreamt up,” said Tati. “I’m excited to interact, laugh and dig the ‘sleepies’ out of my eyes with the San Diego community every morning.”

“I’ve been a fan of Tati's for a very long time and I feel so lucky to be teaming up with her,” said Jesse. “Adding her brand to Star mornings is an incredible opportunity and our listeners are in for a good time.”

Star 94.1 FM is the leading media outlet in the San Diego market with multiple platforms, including its broadcast stations; live events; data; and its digital businesses and platforms, including mobile, social and its owniHeartRadio, iHeartMedia’s free all-in-one digital music, podcasting and live streaming radio service – with more than 2 billion app downloads and more than 130 million registered users.

About iHeartMedia San Diego
iHeartMedia San Diego owns and operates KGB-FM, KHTS-FM, KIOZ-FM, KLSD-AM, KMYI-FM, KOGO-AM, KSSX-FM, and is part of iHeartMedia. iHeartMedia is the number one audio company in the United States, reaching nine out of 10 Americans every month – and with its quarter of a billion monthly listeners, has a greater reach than any other media company in the U.S. The company’s leadership position in audio extends across multiple platforms including more than 850 live broadcast stations; streaming music, radio and on demand via its iHeartRadio digital service available across more than 250 platforms and 2,000 devices including smart speakers, digital auto dashes, tablets, wearables, smartphones, virtual assistants, TVs and gaming consoles; through its influencers; social; branded iconic live music events; and podcasts as the #1 commercial podcast publisher globally. iHeartMedia also leads the audio industry in analytics and attribution technology for its marketing partners, using data from its massive consumer base. iHeartMedia is a division of iHeartMedia, Inc. (NASDAQ: IHRT). Visit iHeartMedia.com for more company information.