You may remember Elaina from KFMB/JACK-FM. She has been co-hosting Nash Nights with Shawn Parr for a number of years now. It has been announced she is adding another show to her schedule.

NEW YORK, NY – February 2019 – Westwood One the largest audio network in the U.S., has announced the launch of With Elaina, a new weekend entertainment show featuring the charming and charismatic Elaina Smith, co-host, of the network’s NASH Nights Live weeknight program, host of the groundbreaking Women Want to Hear Women podcast, Westwood One Backstage red carpet host, and voice of the Academy of Country Music Awards. With Elaina debuts on Saturday, March 2, 2019. 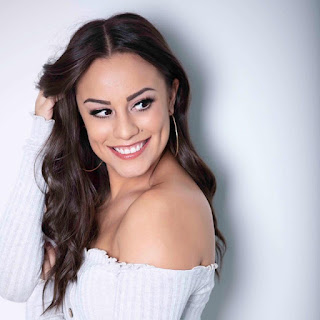 With Elaina, a two-hour program designed for pop culture junkies, entertainment, and Country music fans, showcases Elaina doing what she does best – talking about life, love, movies, music, celebrity news, and of course, Country music. With Elaina is not your typical interview Q&A; Elaina hosts a serious hang with guests who like to have fun, get real, and share stories – from heartfelt to heartache. Wherever listeners are, they will be…With Elaina. They can do chores with Elaina, work out with Elaina, meal prep with Elaina, even nurse a hangover with Elaina. She doesn’t judge!

Elaina said, “Launch day can’t come soon enough. I’ve been waiting to do a show like this for years. We’re going to have a blast bringing my pop culture background and millennial vibes to Country music fans in a whole new way. I’m psyched to be working with one of the most talented, creative minds in the industry, who also just so happens to be one of my best friends -- super producer, Ryan Kershner. I can’t wait to hang with stations and listeners every weekend.  Plus, a huge thank you to Mike McVay, Suzanne Grimes, John Shomby, Bryan Switzer, Charles Steinhauer, everyone at Westwood One and CUMULUS for believing in me.”

“Elaina is a rising star with boundless personality and energy,” said Suzanne Grimes, EVP Marketing, CUMULUS MEDIA and President, Westwood One. “Her work with NASH Nights Live, her innovative podcast on Westwood One Podcast Network, and her red carpet mastery have proven her versatility and appeal time and again. We are excited to give her a new platform to shine and share her passions with Country fans and listeners nationwide.”

Elaina, a California native, has become one of the strongest female presences in Country radio. While working at Entertainment Tonight and The Insider in Los Angeles, she found her true passion when she got an opportunity to work with the wildly popular Dave, Shelly and Chainsaw morning show. She caught the bug and never looked back. Since then, Elaina has hosted shows in San Diego, Florida, and now over 100 stations simultaneously on NASH Nights Live each night. If there is a Country music red carpet, she’s on it. In addition to her on-air presence, Smith has become a go-to person in the industry when it comes to social media.

Elaina is a Gracie Award-winning broadcaster who also added “actress” to her resume when she appeared as herself on CMT’s Nashville. You might also recognize her voice as the newest addition to the ACM Awards announcing team on CBS along with her NASH Nights Live co-host Shawn Parr. Elaina’s Women Want to Hear Women female-focused podcast has touched a nerve and is leading the conversation within the industry about the lack of females in Country Music.

For more information on With Elaina and how you can bring this exciting new show to your market, contact Country@WestwoodOne.com. 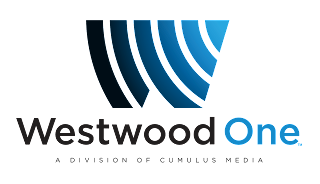 About Westwood One
Westwood One, the national-facing arm of CUMULUS MEDIA, offers iconic, nationally syndicated sports, news and entertainment content to 245 million listeners each week across an audio network of 8,000 affiliated broadcast radio stations and media partners. Westwood One is the largest audio broadcast network in America, home to premium content that defines the culture, including the NFL, the NCAA, the Masters, the Olympics, Westwood One Backstage, the GRAMMYs, the Academy of Country Music Awards, the Billboard Music Awards and the American Music Awards. The rapidly growing Westwood One Podcast Network delivers popular network and industry personalities and programs. Westwood One connects listeners with their passions through programs and platforms that have everyone listening. For more information please visit www.westwoodone.com.