Local Media San Diego to be Acquired by Management of LMSD


(San Diego, CA) Local Media San Diego, LLC (LMSD) announced today that a group led by its Executive Management Team has entered into an agreement to acquire LMSD, including its interests in radio stations 91X (XTRA-FM 91.1), Z90 (XHTZ-FM 90.3), and Magic 92.5 (XHRM-FM 92.5), as well as related operating and real estate assets. 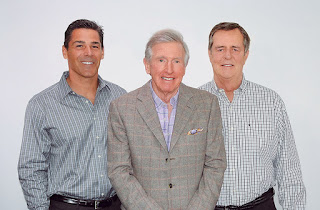 The transaction is expected to be complete as soon as required regulatory and other approvals have been obtained.


LMSD operates out of Sorrento Valley and reaches an estimated 2.1 million people monthly serving the San Diego market. The three radio stations are established, format-defining brands dating back to the 1980’s, and are returning to local owners and operators with decades of radio experience.


LMSD has been operated by the current Executive Management Team since being acquired by Thoma Bravo in December, 2009. Thoma Bravo subsequently shifted its investment focus to software and technology and has no other media investments.


“LMSD has always operated locally, and the transition to local ownership is the final step to firmly plant our flag as San Diego’s local media provider,” said Wolfson. “Our entire team are experts in San Diego media, and in an industry of corporate ownership and consolidation, LMSD remains in a category of one. We are very excited about the future and growing our local platforms. On behalf of the entire LMSD team I would like to thank Thoma Bravo for being fantastic owners.”