An Article Worth Sharing - Linda Welby

When I first met Linda Welby, The Mighty 1090 - Scott and B.R. Show, it's like she had known me for years. A very sweet and approachable lady. Linda instantly became a favorite of mine. 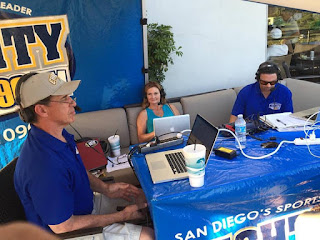 I was saddened to hear when she revealed she was diagnosed with cancer. But having said that, she spoke with such confidence and lack of fear. Linda Welby is a strong woman, a fighter.

In this article from The San Diego Union Tribune published Wednesday, Diane Bell talks about where she was, where she is now, and how she was able to go to a World Series game to see her beloved Red Sox play against the Dodgers.

Love to you, Linda Welby, from SanDiegoRadio.org