Special thanks to Bo Woods for his help on this story, Condolences from SanDiegoRadio

(SAN DIEGO, CA – September 25, 2018) It’s with a heavy heart that I announce the passing of a great radio icon, Paul Menard. Menard, best known for his role as Irving Harrigan of the National Radio Hall of Fame morning team show, Charlie & Harrigan, was 81 years old.

He passed peacefully in a North County San Diego hospital on Tuesday September 25th. Paul Menard was a popular morning disc jockey on KOMA-AM in Oklahoma City as Paul Miller before being teamed with Jack Woods in 1965 at KLIF-AM in Dallas as the newly recreated Charlie & Harrigan.

Together they worked on-air at WKYC in Cleveland, KILT in Houston, KFMB in San Diego, KCBQ in San Diego and WAVA in Washington D.C. Their ‘Charlie & Harrigan Presents’ syndicated morning show was heard daily in 53 markets, simultaneously, across the country. Menard is now reunited with Woods, who passed 3 years before him, as Charlie & Harrigan once again are entertaining eternally. 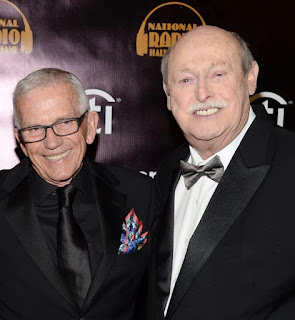 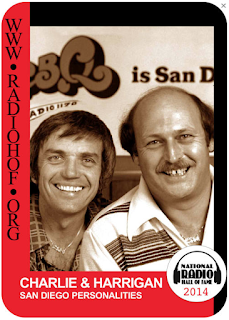 Menard was instrumental in naming Charlie Tuna, (the new night guy at the time) in the early 60’s at KOMA, Oklahoma City. And played a role producing The Lemon Pipers number one song, ‘Green Tambourine’.

Jason Martin said…
Rest in peace ! Although he was a good person.
luton airport parking meet and greet

John Hilston said…
Both of them are good Legends.
long stay parking heathrow