Showing posts from August, 2018
Show all

Cruise for the Cause

The event benefits the Emilio Nares Foundation, a local organization that provides medical transportation and services for children receiving treatments for cancer.

Hundreds of custom and classic cars, trucks, lowrider bicycles and other vehicles will be on display in the southwest parking lot of the stadium.  Additional entertainment includes live music on the Sycuan Stage from The B-Side Players, Funk’s Most Wanted and The Wildside Band, and a free “Kids Zone” with games from Dave & Buster’s, inflatable rides from So Cal Bounce, and crafts from the Rad Hatter. 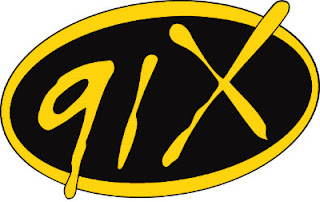 HILARY UPPED TO APD OF 91X

(San Diego, CA) Local iconic alternative rock station 91X (XETRA 91.1 FM) announced that Hilary Doneux, current Music Director and long-time on-air DJ on 91X, has been named Assistant Program Director of the station.
91X's Hilary welcomes the crowd on stage at a concert. Photo Credit: Kaitlin Lester
Hilary will continue her role as 91X Music Director and midday host from 10:00AM to 3:00PM.The move marks a new milestone in Hilary’s radio career, rooted in Southern California since her start in college radio at UC Irvine in 1992.  After work at the legendary KNAC Los Angeles and 92X in Denver, Hilary has been a mainstay of San Diego radio for over 20 years.“To say I’m excited is an understatement! 91X is my radio home and I feel ridiculously lucky that I get to continue to grow with such an incredible team,” said Hilary. “I’m so grateful to Garett Michaels for having faith in me and sharing his knowledge (and snacks), and to (VP/GM) Gregg Wolfso…
Post a Comment
Read more 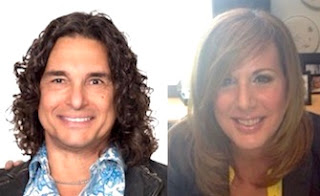 This move gives Mr. Buchmann the opportunity to exercise his programming prowess once again — after all, he was PD of Cumulus Media’s KLOS/Los Angeles before joining KGB to do mornings in June 2012. Buchmann’s previous programming history includes nine years at Clear Channel Classic Rock WAXQ (Q104.3)/New York and Long Island’s iconic WBAB back in the day. Ms. Moran has been with the clust…
Post a Comment
Read more

“We are excited to continue our relationship with Brett! His ability to digest the daily news cycle and make it relevant for the San Diego community is unmatched and truly impressive!” said KFMB Director of Programming Dave Sniff. “Brett will play a key role in creating unique content, not only for KFMB-AM, but also for our various digital platforms”.

“I am thrilled to continue to work with America’s Finest News Talk Station in America’s Finest City,” Winterble said. “The next several years will see an amazing amount of change in our community, our country and world and I am excited to leverage all of our assets to bring our audience the most entertaining and inform…
Post a Comment
Read more 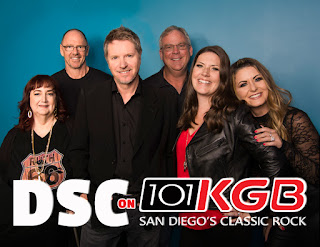 I realize I am a couple days behind on this, due to my 'real job', this is the first chance I have had to sit at my computer.

DSC combines news with a healthy dose of humor to create San Diego’s most dependably hilarious morning show. It has a long history with KGB-FM that began in 1990 when Dave Rickards moved to San Diego from Denver to team up with original co-hosts Shelly Dunn and Chainsaw for a show that was initially calledThe Dawn Patrol.  In 1994, the show moved to its sister station…
Post a Comment
Read more
More posts