SanDiegoRadio.org would like to send out a huge congratulations to the San Diego Union-Tribune's Editorial Cartoonist Steve Breen. 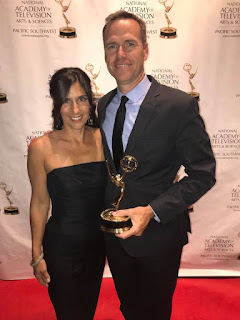 Steve Breen, with the newspaper since 2001, earned an Emmy this year for his work on Street Art: Portraits of San Diego's homeless. The feature consists of interviews with local homeless people accompanied with his trademark illustrations. Breen is also a two-time Pulitzer Prize winner for his previous work.

Here is a segment from PBS News Hour with Breen talking about Street Art.