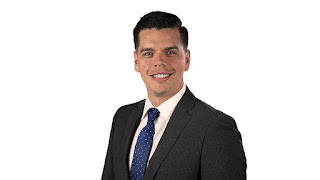 "Carlos has extensive experience covering major sporting events. As we prepare to deliver the most comprehensive 2018 World Cup coverage to our viewers, Carlos will team up with MJ to deliver every World Cup moment to our audiences across all station platforms, including our 'Telemundo 20' app," said Pedro Calderon Michel, News Director for Telemundo 20.

Ramirez joined Telemundo 20 in December 2017 as a freelancer. He has more than 16 years of experience reporting sport events. He has covered the 2006, 2010 and 2014 FIFA World Cup TM reported on seven NBA Seasons, six Copa Americas, and two UEFA European Championships (2008-2012). He has also reported for Major League Baseball and delivered reports about the Mexican League and Venezuelan League. Ramirez won the "Journalist of the Year Award" by the Venezuelan Basketball Federation and the "Play-By-Play Announcer of the Year" Award by the Venezuelan Soccer Federation. Ramirez started working in sports radio in Venezuela at the age of 19.

"I'm excited be a part of the Telemundo 20 team and to take our viewers inside the world of sports happening on both sides of the border." said Ramirez. "l can't think of a better way to start the adventure then by giving San Diegans the best in-depth reports on all the heartaches and triumphs of the World Cup!'

As the Spanish-language channel of the 2018 FIFA World Cup Russia taking place June 14 through July 15, Telemundo 20 will also deliver news and information around the FIFA 2018 World Cup, across all of its platforms and its social media channels @TLMD20 on Facebook, Twitter and Instagram.