iHeart Media San Diego and 101.5 KGB-FM are excited to welcome Tommy Sablan as Senior Producer of the Bob and Coe Morning Show. 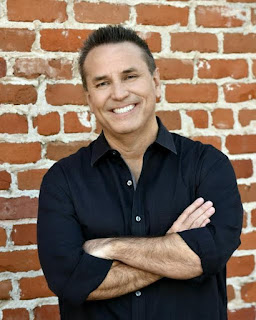 Tommy is a San Diego County native who grew up in Chula Vista as an avid KGB-FM listener. "It's a dream come true to be able to work with Bob and Coe on a legendary station like KGB" Tommy said. "Coe Lewis is the Queen of Rock and Roll and the First Lady of KGB. I have idolized her for decades and it's a trip I get to work with her, Bob, and Anna their producer.

Prior to joining 101.5 KGB-FM, Sablan was the Executive Producer of legendary Jeff and Jer Showgram, where he was known on-air as “Little Tommy”. During his many years with the Showgram, Tommy was instrumental in creating promotions like the “Breaking and Entering Christmas,” and finish “Chelsea’s Run”. In 2016 Tommy was inducted into the National Radio Hall of Fame’s Class of 2016 - he’s the first, and only producer to receive this honor.

iHeartMedia San Diego owns and operates KGB-FM; KHTS-FM; KIOZ-FM; KLSD-AM; KMYI-FM; KOGO-AM; KSSX-FM and is part of iHeartMedia. With 245 million monthly listeners in the U.S., 97 million monthly digital uniques, over 75 million social followers and 196 million monthly consumers of its Total Traffic and Weather Network, iHeartMedia has the largest reach of any radio or television outlet in America. It serves over 150 markets through 858 owned radio stations, and the company's radio stations and content can be heard on AM/FM, HD digital radio, satellite radio, on the Internet at iHeartRadio.com and on the company's radio station websites, on the iHeartRadio mobile app, in enhanced auto dashes, on tablets and smartphones, and on gaming consoles. iHeartRadio, iHeartMedia's digital radio platform, is the No. 1 all-in-one digital audio service with over 700 million downloads; it reached its first 20 million registered users faster than any digital service in Internet history and reached 70 million users faster than any other radio or digital music service and even faster than Facebook. The company's operations include radio broadcasting, online, mobile, digital and social media, live concerts and events, syndication, music research services and independent media representation.