iHeart Radio's The Show on Rock 105.3 has added another voice. 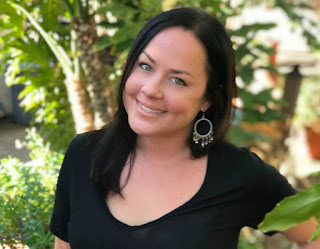 Emily Griffiths, formerly of The Jeff and Jer Showgram is now part of the morning show.

She began her radio career in 2003 as a courier at Clear Channel Communications.

After realizing how much she loved radio, she approached The Jeff and Jer Showgram (who had recently arrived at Star 94.1 FM) and asked them to give her a shot as an assistant...and they did! Emily watched, learned and eventually became a full-time on-air personality with the Showgram. She spent 7 years with the Showgram and has great love and admiration for the team who was inducted into the Radio Hall Of Fame in 2016.

Emily is beyond excited for this new chapter in her life with The Show on Rock 105.3! The fit couldn’t be more perfect as rock, punk and live music are some of her favorite things.

Some of her MOST favorite things include: being a momma to her rambunctious 7-year-old son Reed; being a fiance; cooking; crafting; spending time with her dogs, cat and fish; being outside; and smiling."