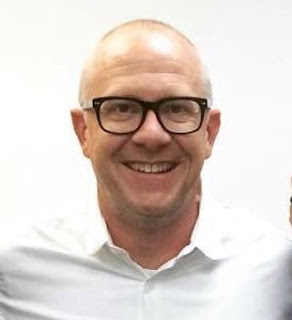 Chris has had a long and solid career working and programming in Los Angeles (KYSR-FM/Star 98.7), Phoenix (the Edge and KZON-FM) and Portland (KUFO). In 2013 Chris moved to America’s Finest City to program KEGY-FM (Energy). Three years later, he took over programming duties for A/C KYXY-FM. Chris was named PD of KBZT when Kevin Callahan (Entercom San Diego OM/PD KSON) took over interim PD duties at KYXY-FM after the recent Entercom/CBS Radio merger was complete.


“It was a no brainer to elevate Chris Patyk to this role based on his experience” said Entercom San Diego OM Kevin Callahan. ““I’m thrilled, excited and about every other adjective you can think of to be part of this amazing Entercom alternative team that loves radio and the music. Working alongside of our APD/MD Jeremy Pritchard and massively talented on-air and promotional team is going to be a lot of fun!” said Chris recently. “Thank you to Bob Bollinger, Kevin Callahan, Pat Paxton and Chris Oliviero for giving me the keys. Let’s take over San Diego!”


Entercom Communications Corp. (NYSE: ETM) is a leading American media and entertainment company reaching and engaging over 100 million people each week through its premier collection of highly rated, award winning radio stations, digital platforms and live events. As one of the country’s two largest radio broadcasters, Entercom offers integrated marketing solutions and delivers the power of local connection on a national scale with coverage of close to 90% of persons 12+ in the top 50 markets. Entercom is the #1 creator of live, original, local audio content and the nation’s unrivaled leader in news and sports radio. Learn more about Philadelphia-based Entercom at www.entercom.com, Facebook and Twitter (@Entercom).