My friend Phil Konstantin had a very nice tribute to his pal John Coleman, who passed away Saturday in Las Vegas. I wanted to share it here. Thanks Phil. Very nice.


Legendary TV personality John Coleman passed away January 20, 2018. He spent most of his 61 years in broadcasting as a weather forecaster.

------Some of his accomplishments include using the first Chroma Key for weather forecasts (that's the special set up where the forecaster can stand in front of a changeable map due to special processes-see the attached photo). John was the original weather guy for ABC's Good Morning, America. He was one of the founders of The Weather Channel on cable TV.

------John's last 20, or so, years on TV was at KUSI in San Diego. I had the pleasure of working with John at KUSI. He was a professional, and yet he could be fun and silly, too. His famous "K-UUUUUUU-S-I" was because the station owner once told everyone to emphasize the U in KUSI. John REALLY did that.

-----I have posted 3 photos of John. The group shot is from 1972. John is on the bottom row on the left. Another photo is John standing in front of a Chroma Key or "green screen" at KUSI. The third photo is a picture I took on September 24, 2006 when a bunch of us went on a behind the scenes tour at the San Diego Wild Animal Park (now called Zoo Safari Park). John was feeding one of the giraffes. The giraffe was literally John's biggest fan. 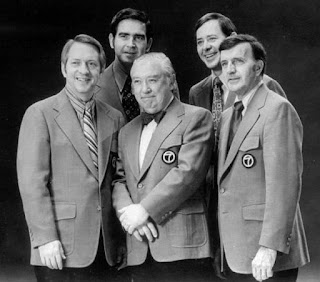 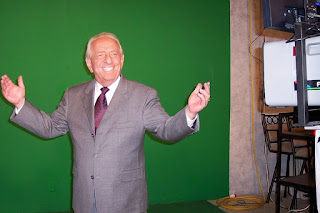 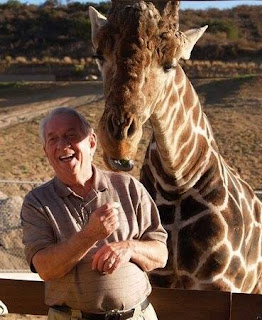