National Award-winning San Diego and KOGO Radio broadcast journalist Phil Farrar has added some more hardware to his ever growing list.  This past Saturday on January 27th, Farrar received the Southern California Radio Television Golden Mike for a story he wrote, produced, voiced and edited in the 'Best News Serious Feature' category.  Phil talked to SanDiegoRadio about how the story came to be. Phil, thanks for your time. 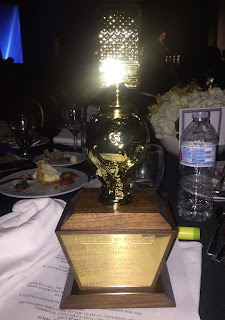 The story was about the first student shot and killed at Columbine High School in Colorado back in 1999.  Rachel Joy Scott was gunned down while having lunch with a friend outside on school grounds.  She was posthumously honored last May during the National Conflict Resolution dinner held at the La Jolla Aventine.  Her parents were in attendance and received the San Diego Peacemaker award for the non-profit organization named after their daughter, 'Rachel's Challenge.'  Farrar says, "I was invited at the last moment to the dinner by Jessie Knight, Jr. and Joye Blount who are both advisory board members for NCR.  When they presented the award, I knew I had to tell this story about anti-bullying and how a grass roots non-profit organization has helped reduce teen suicides, depression, anxiety, school violence and may have helped prevent several school shootings around the world."

KOGO allowed Phil to do the story.  San Diego Unified School District has a direct partnership with 'Rachel's Challenge.'  The organization is testing a pilot program by allowing a member of the group to go to middle and high schools to talk with students. 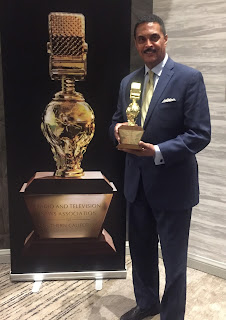 This is Farrar's 3rd Golden Mike.  "It's an honor and a privilege to be recognized among the very, very best throughout Southern California." Phil says, "We are competing against San Diego, Santa Barbara, Ventura County and stations from Los Angeles."  Phil says any win is always a team effort.  "I received technical advice and help from producer/director Kevin Finnerty."  News Director Cliff Albert also reviewed the story before it aired and it was heard by thousands of listeners.

Phil has been honored with more than 70 awards during his twenty-plus years in radio and television here in San Diego for breaking news, military and sports reporting and anchoring.  He says, "You never set out to 'win' an award.  You do the best job you can to present the story in a unique, relevant and engaging manner.  I just want to provide and inform listeners and viewers with the best possible content so they make decisions or learn something from my stories." 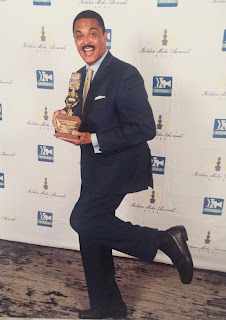 Congratulations, Phil!!
-Joe
For a link to the story,  click here:  https://soundcloud.com/phil-farrar-745895199/rachels-challenge-to-san-diego