San Diego, CA – Entercom San Diego is pleased to announce that the company has entered into a multi-year agreement with Kevin Callahan as San Diego Market Operations Manager of all their stations and the Padres Radio Network. For the past several years, Kevin held a similar position as Operation manager of the three legacy Entercom San Diego stations, KSON, KBZT and KXSN. Entercom’s November 17, 2017 merger with CBS Radio added KyXy and KEGY to the fold. 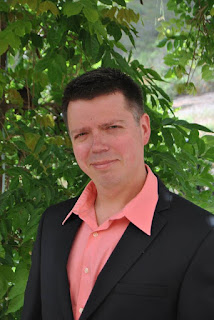 Kevin has had a long and solid career working and programming before coming to San Diego as PD of KSON FM in 2010 and elevating to Operations Manager in 2014. Kevin was regional VP of Programming for Pamal Broadcasting last overseeing three markets in New York, one in Vermont and two in Florida. Before that Kevin oversaw nine stations in Colorado Springs and Pueblo Colorado. Kevin has also had programming stops is Denver, West Palm Beach and Omaha.

Entercom San Diego Market Manager, Bob Bolinger commented, “I’m thrilled Kevin will be leading our operations for many years to come. He is truly one of the elite broadcasters in America, who I’m confident will help us achieve record ratings and financial success.” Kevin Callahan commented, “Many thanks to Bob Bolinger, Pat Paxton and David Field for believing in me and giving me the tremendous opportunity in one of the most beautiful cities in America”.

Kevin Callahan can be reached at kevin.callahan@entercom.com


Entercom Communications Corp. (NYSE: ETM) is a leading American media and entertainment company reaching and engaging over 100 million people each week through its premier collection of highly rated, award winning radio stations, digital platforms and live events. As one of the country’s two largest radio broadcasters, Entercom offers integrated marketing solutions and delivers the power of local connection on a national scale with coverage of close to 90% of persons 12+ in the top 50 markets. Entercom is the #1 creator of live, original, local audio content and the nation’s unrivaled leader in news and sports radio. Learn more about Philadelphia-based Entercom at www.entercom.com, Facebook and Twitter (@Entercom).