C.S. Keys Has Passed Away 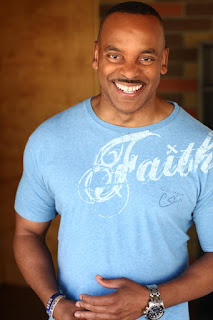 Keys arrived in San Diego in 2000 and quickly gained the respect of his fellow broadcasters and viewers.

This from Keys' online bio: "Recognized by the California State Assembly for his tireless efforts to help San Diego youth, Keys started his own foundations, C.S Keys’ KIDS with Athletes for Education Foundation, to help those in need. C.S. is a member of Who’s Who Among Students in American Universities and Colleges and a graduate of North Carolina Central University in Durham, North Carolina with a B.A. in English/Media Journalism. Born in Harrisburg, Pennsylvania and raised in the Philadelphia area, C.S. is a member of Phi Beta Sigma Fraternity, Inc., the National Weather Association, the NAACP, the National Association of Black Journalist, the San Diego Urban League and 100 Black Men of San Diego. A spokesperson for many worthwhile causes and a much sought after motivational speaker, C.S. is proud to make San Diego his home."

SanDiegoRadio extends their condolences to the Keys family.
-Joe

Lisa G said…
Does anyone know what happened? I work with him, saw him Friday and this is just so unexpected. Condolences to the family :(
January 14, 2018 at 10:20 AM

Iris said…
I met him at Chase where I worked at the time. I went right up to him and asked him to do a television spot for my mother who was then Chair for the Southeast San Diego a Relay for Life. He just gave me his # and said tell your mother to call me. Just a very humble, sweet soul. He will be missed. My deepest condolences.
January 17, 2018 at 12:50 PM