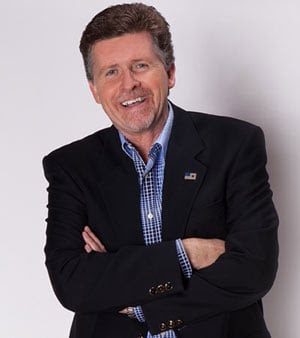 AM 760 KFMB is proud to welcome back, Mark Larson! Starting June 5th, Mark Larson will return to KFMB-AM, where he began his San Diego radio career, to host the Monday - Friday 10:00 am - 12:00 pm time slot. Larson will join popular personalities Armstrong & Getty, Mike Slater, Brett Winterble and Roger Hedgecock as part of the heritage station’s talk line up.Mark is widely known as one of our community's most honest and intelligent voices, as well as a man deeply committed to causes close to the hearts of San Diegans."I am so happy and blessed to be coming home to San Diego's premiere Talk and Breaking News station!” says Larson. “I'm energized about re-joining such a tremendous team. I'm looking forward to many more successful years together."KFMB-AM Director of Programming Dave Sniff says of Larson's return, "We're excited to have Mark back on AM 760. He understands the San Diego lifestyle and knows how to create a real community conversation. He fits in perfectly with our commitment to inform and entertain San Diegans”.A generous community booster, Mark is involved in a number of charities and causes including the San Diego Military Advisory Council and the Navy League. He's in his fifth term as the Chairman of Board of Directors for the San Diego Air & Space Museum, an Honorary Plankowner with USS Ronald Reagan and a member of the Reagan Ranch Board of Governors. Mark is also a fixture on the local, state and national political scenes. He's been involved in virtually every large-scale political event that's taken place in America's Finest City, including the 1996 GOP National Convention. Most recently, he was MC at now-President Donald Trump's May 2016 San Diego "Salute to Veterans" rally at the Convention Center. He is also well known for his multi-media work, often featured on national radio and TV programs. The radio industry has recognized Mark's work. Radio & Records placed him among a very exclusive group, considering him to be a "Local Legend" in American talk radio. In addition to his on-air work Mark served as the President of the San Diego Radio Broadcasters Association.

gloria said…
I dont get it. Slater has no listeners, so Sniff really thinks Larson will increase audience in that time period? Also, recall, in the past, Larson went to KOGO during the noon hour and that did'nt work out and back to KCBQ he went. I also don't think he'll be bringing his Air and Space Museum advertising to KfMB 'cuz KFMB is on Arbitron and the Q is not. Big difference in ad rates
April 26, 2017 at 11:57 AM