Entercom San Diego/FM 949 SD has hired Rich Herrera as their Senior Executive Producer for the Padres baseball games. Rich will also serve as the Padres Pregame host on the new flagship station. 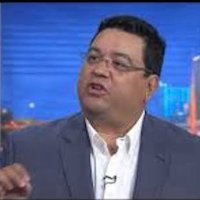 Herrera is a veteran broadcaster with plenty of baseball under his belt.

More recently Rich was host of pre and post game shows for the Tampa Bay Rays Baseball Network as well as the play by play announcer for the team's spring training games as well as fill in work during the regular season.

Rich was also the director of radio operations for the Rays, running the team's statewide radio network. He also worked for Fox Sports Arizona.

Rich has a ton of national radio experience as well as a columnist for the San Francisco Examiner.

Rich and I have already spoken, and we have made plans to meet up for a more in depth discussion. A SanDiegoRadio Spotlight: Baseball Edition, of sorts.

Thanks for tuning in...
-Joe
SanDiegoRadio.org