Maximum Monkees on the Rez 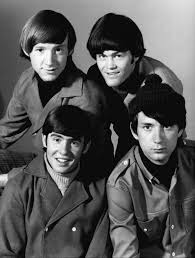 September is Maximum Monkees Month on Rez Radio.  All month long, Rez Radio 91.3 recognizes Davy, Micky, Mike and Peter and The Monkees music and marketing juggernaut on its 50th anniversary.

September 12, 1966, the NBC network debuted The Monkees television show.  Almost a month prior, the first single by what critics called The Pre-Fab Four was released on the Colgems label.  Within weeks, “Last Train to Clarksville” was #1.  The following year, the Monkees outsold every other musical act, including the Beatles thanks to songs written by Neil Diamond, Carol King and Gerry Goffin, Harry Nilsson, and Tommy Boyce and Bobby Hart – and, at first, played mostly by studio musicians.  Were they a real group?  Were they just actors?  Was it mainly a TV show or an actual musical group?  The answer is, The Monkees were a phenomenon.

Beginning today and lasting all month, Rez Radio will have Multiple Monkees Music every hour, all day  – one familiar and one not so familiar Monkees song along with fun facts.  And on Monday, September 12, Rez Radio will play nothing but Monkees music during all 19 of our regular music hours … The Monkees A to Z.