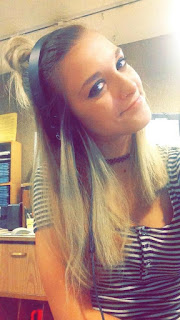 “I’m excited for Alyssa to join the team at FM 949. Alyssa is a bright young talent with unique perspective and the desire to win,” said Kevin Callahan, Operations Manager, Entercom San Diego. “Her no fear attitude and vision are exactly what radio needs in 2016 and beyond! Welcome Alyssa.”

Alyssa earned her degree in Broadcast Journalism from Kent State University. Her 5 year radio career began in college radio at Black Squirrel Radio - Kent State University in Ohio in 2011. She joined the iHeartMedia promotions team during the Summer of 2014 and 2015 in Cleveland. And in September 2015, she became the night jock at Q92 (WDJQ) in Canton, Ohio for one year.

“I’m extremely excited to start my journey with FM 949! Alternative music has always been a passion of mine and I’m looking forward to diving into the new format and learning from the Entercom team,” said Alyssa. “I can’t wait to see everything that San Diego has in store for me.”