August 08, 2016
By Joe Nelson
The annual fireworks extravaganza, KGB Skyshow is right around the corner. 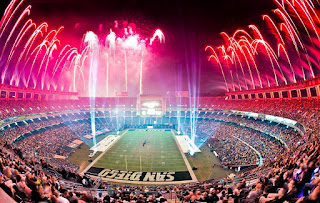 Less than a month from now - September 3, 2016 after the SDSU Aztecs take on New Hampshire at Qualcomm Stadium, the sky will erupt with an incredible display of fireworks set to 101.5 KGB's soundtrack. This year marks the 41st year since it began in 1976. 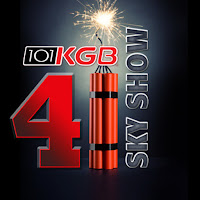 Kickoff is at 5:30 and fireworks shortly after the game is over. As usual, the parking lot will be open hours earlier for tailgating and KGB will have their "Skyshow Village", featuring games, live broadcasts and plenty of booths for vendors to feature their goods.