If you follow nearly any form of social media, you know R Dub! of Magic 92.5 is well known for his travels around the globe. He has been to over 50 countries so far and he said he will not stop anytime soon.

Recently R Dub! (Randy Williams) visited North Korea and his stories and photos are incredible. His journey will be featured on Channel 8 Wednesday night at 5:30 with Jeff Zevely.

The following is the release sent to me highlighting his trip.

R Dub!, Creator, Host and Producer of Sunday Night Slow Jams -- now in three different formats and reaching over three million consumers a week and heard on 122 affiliates around the world; a weeknight version of Sunday Night Slow Jams, and R Dub!’s All-Slow Jams online channel -- has taken the ultimate radio peace-keeping trip this summer, traveling to North Korea, South Korea, China, Taiwan and Japan from May 27-June 7. And now he's back with photos and the REAL STORY.

An international traveler and student of global cultures, R Dub! has visited more than 50 countries to date.Attached are three photos from his visit to North Korea. In addition, please share the link to R Dub!'s fascinating and highly readable travel blog with your readers, which features interesting details and additional photos from his trip to North Korea, as well as other countries he has visited: http://www.ramblinrandy.com/asia/north-korea/.

R Dub!, Creator, Host and Producer of Sunday Night Slow Jams said: "My love for radio transcends all borders, oceans and languages. Every radio station in the world is special in its own way and I am so thankful to have met so many people passionate about radio like me, all around the world." He added: "I entered North Korea with 100 questions and left with a 1,000. It was sensory overload in every respect."

Slow Jams is heard around the globe on stations in Mexico, Cyprus, Bonaire, the Bahamas and Suriname.

Photos from the trip... 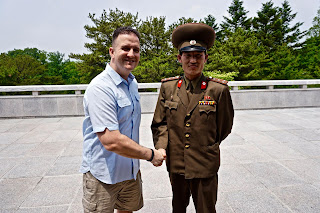 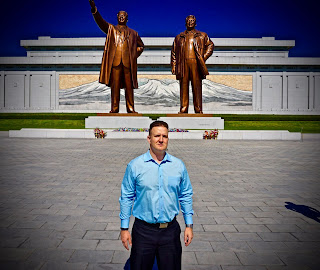 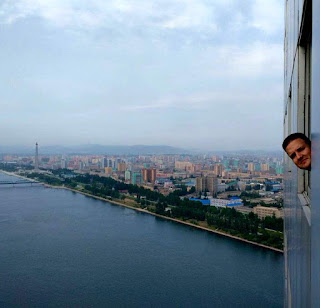