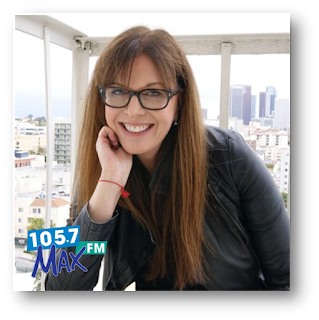 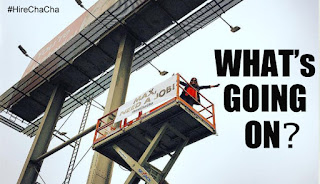 Making TV news and creating a social media buzz, Cha Cha made her public plea for the job high atop a Scissors-Lift 30 feet above Clairemont Mesa Boulevard next to the giant 105.7 MAX FM billboard.

Based on this creativity and showmanship and a one day on-air audition Thursday afternoon, where she received a warm welcome home from San Diego listeners, Cha Cha was officially hired by MAX FM and begins her permanent shift immediately.

The native San Diegan and SDSU graduate is no stranger to the San Diego Market as a former Morning and Afternoon talent on XHTZ-FM / Z90 for 12 years and Afternoon Drive Host on KHTS-FM / Channel 93.3 for another 10. Cha Cha has most recently been with CBS Radio as an Anchor, Host and Reporter for KNX1070 Newsradio.

“Cha Cha dominated afternoon drive in San Diego during the 80s, 90s and all the way through 2006, and we’re excited to bring her back to play many of those same feel good songs on 105.7 MAX FM. Her energy, passion and audience engagement is amazing… Welcome Home Cha Cha!” adds Broadcast Company of the Americas Vice President of Programming & Operations, Mike Shepard.

When Cha Cha was offered the position as 105.7 MAX FM’s new Afternoon Drive Host, she exclaimed, “Sweet home, San Diego! I’m here from back in time. Get ready, it’s going to be a fun and awesome and, like, totally 80s summer at MAX FM!!”