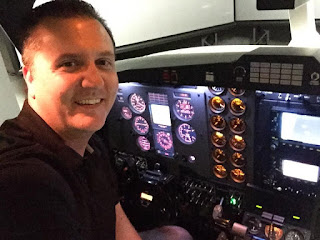 Gary, thanks for your time!

JN: What is your current position/Channel/Shift?
GB: I am a multimedia journalist on CW6 News San Diego, I work weekends for the 10pm newscast.

JN: How are things with you right now? Life, work…..
GB: After the crash of 2008, I learned the hard economic lesson to be multifaceted. When I am not on television, during the weekdays, I work part time at a flight school inside Gillespie Field in El Cajon as a pilot/flight instructor. I teach aspiring commercial pilots transitioning to multi-engine airplanes from single engine trainers. I also do freelance video production, drone video and photography services, and drone flight training. And once and awhile freelance traffic crash investigation analysis and reconstruction, I kept up and maintained my national certification back from my prior law enforcement career. 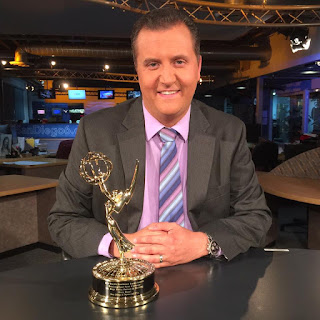 Gary and his Emmy for 2014 Breaking News Coverage

JN: Do you have anything you’d like to talk about? Such as stories from TV News?
GB: Working in TV news gets me in the action, the kind of action I enjoyed back when I was a cop, chasing crooks and fire trucks. But now I have the benefits of not having to make arrests, touching gross people, and having to go to court to be scrutinized. I developed a love of storytelling that taps deep into our human spirit, it’s the foundation of why we do what we do as people. I am always looking for new improved ways to tell the same story other reporters have told in the past.

JN: Do you have a previous career not associated with TV News?
GB: I started as a board operator and weather announcer for a small 1000 watt AM radio station in Connecticut. I then had some other brief careers as a General Manager for Radio Shack, a corporate sales rep for Bell Atlantic Mobile (now Verizon). Later, I became a full time police officer (following in both my parents footsteps) in Connecticut and served for almost 10 years. I got my first taste of TV doing law enforcement commentary and analysis for a local cable news network back home in DMA market 1 (NY metro). Back east there are few civilian (non-sworn) PIO’s like we see so much here in SoCal. I got to see some historically profound things up close with my own senses, like ground zero at the WTC site in Manhattan, just hours after the attack. I decided to take an early retirement, and stop driving “crown vics” and moved on to aviation as at the time I had all my FAA pilot rating to fly jets, which I was doing part time and for fun when not on duty. I then became a corporate jet first officer (co-pilot) and then later promoted to captain (pilot in command) flying for a charter company out of Long Beach. I then moved down here flying a citation jet for a San Diego air ambulance company primarily picking up injured and sick tourists in Mexico that weren’t healthy enough to fly back on the airlines. We had a doctor and nurse onboard caring for these patients, some were on life support.. It was going well until 2008, when I lost it all, my job, house, car, 401K, everything but my dog. Thanks big banks…. Thats when I went back into broadcasting and moved into TV News, I was picked up at KSWB Fox 5, and fast forward several years later, I am still at it now at CW6 News.

JN: San Diego… What is your favorite place to visit?
GB: So much to list, I love Mission Bay, and I really love our east county mountains. Sunrise Highway I drive at least once a week…. I go there to get away, to zone out, to recharge. 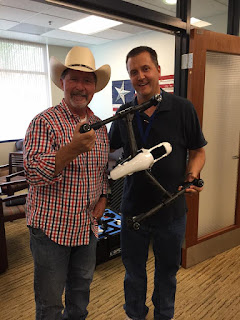 JN: Is your job still as exciting like it was day one?
GB: Like anything in life, we strive to make things routine, but the side effect of that is diminished excitement to a degree. To keep things interesting, I am always thinking of new ways to tell the same old story reporters have told before me. I also stay close to the curve of new technology, and try every way to incorporate what that can do to enhance my stories.

JN: Where is your favorite place to go out and eat?
GB: I’ve been a vegan since 2011. I don’t drink alcohol either. (Yeah, I’m a party pooper because of my strict health conscious diet) so you won’t find me at any of these microbreweries in town that people are raving about. I like Japanese food at Tajima, a Japanese restaurant in Kearny Mesa, not far from our station..

JN: What are some facts about you that maybe no one knows, but could be interesting?
GB: I have flown former secretary of defense Donald Rumsfeld, and actress Charlize Theron in private jets. I did a year of law school at Thomas Jefferson School of Law here in San Diego. It was too much work juggling these jobs, law school, and 2 toddlers, so I put this on hold for now. 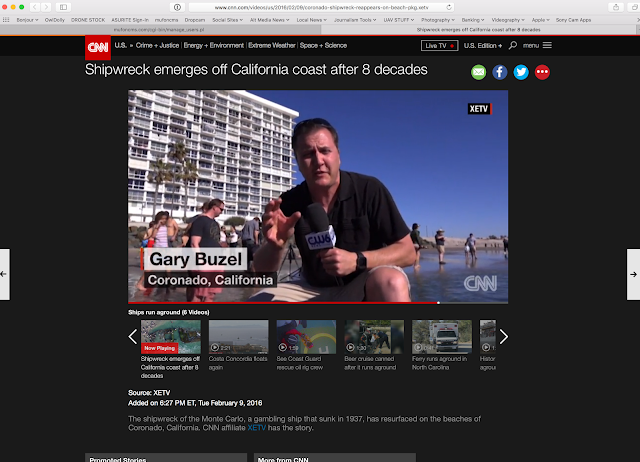 JN: How do you view TV News now, compared to the past, then looking to the future?
GB: Its changed a lot from back in the 80’s when my parents and I would watch the 5pm news while having dinner at home. Back then, it seemed the local news broadcast was “the source” to find out what's going on around your neighborhood. I find it very surprising how many people I run into on the road that tell me they don’t watch TV anymore. Many of them are “cord cutters” and only have internet at home and no cable or satellite TV. This is when I try to promote our stations web presence, which traffic seems to be increasing in leaps and bounds.

JN: What is your favorite movie?
GB: Spaceballs…. I love anything Mel Brooks!

JN: With Social Media being so prevalent, tell me the advantages of using FB, Instagram, Twitter to connect with your viewers.
GB: Coming out of law enforcement, I kept a very private life and stayed off social media which many cops do for safety reasons. So reversing that and becoming more public as a TV personality was an adjustment for me. Social media is a great way to get feedback and interactivity from your audience. The way our viewers see us versus people within our own industry see us can be different perceptions. Social media is a great way for on-air talent and stations to promote themselves and connect with others. I really like twitter for news updates and use it often. Recently, I did some work with my personality Facebook page and that’s been receiving more traffic. So far the results have been positive all around.

JN: What is your favorite TV News moment, involving yourself? BG: Recently seeing my story I did on the 1930’s SS Monte Carlo shipwreck becoming exposed off Coronado on CNN’s morning show. I was getting calls from friends and family back in Connecticut who saw it on TV there.

JN: What broadcasters do you look up to?
GB: Bill Buetel at WABC channel 7 in New York City (he’s dead now). I remember how stoic and solid he was, telling New York City the good and bad every night, definitely a time and generation now gone. I also admire many of the crew at Dateline NBC, like Keith Morrison, Josh Mankiewicz and Erin Moriarty on 48 hours. To me i’m all about the power storytellers, like good old Alfred Hitchcock, i’m not about the glitz, and fashion, that seems to be the new priority in some markets. It's all about quality story telling if you ask me.

JN: If you could go back in time and work during any era of TV News for a few days - which would you choose?
GB: I would say the 70’s, it would be a balance between better technology (then say the 50's) and old school broadcasting.
Is there anything else you’d like to share? Back in August 2015, I received a section 333 waiver from the Federal Aviation Administration (FAA) to fly drones (UAV/UAS) commercially for TV news operations. I was the first in the San Diego TV market to accomplish this. Presently, TV stations cannot use drones commercially without this permit. The permit petition process requires you to be a licensed pilot to obtain the waiver. So, having these stated requirements, I teamed up with a lawyer and we got our application approved. We are looking forward to incorporating more low level aerial video as a powerful tool in our story telling arsenal. Drones are fun to fly, and don’t cost nearly the price to operate compared to news choppers. Drones give a more intimate aerial view as they are lower to the action than a chopper.