SHERYL LOVE NAMED PRODUCER ON “JAGGER & KRISTI IN THE MORNING” ON MAGIC 92.5 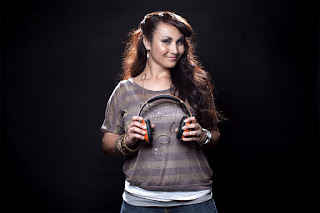 Sheryl Love Mills started in radio in 2006 as a Promotions Assistant for Z90.3 (XHTZ-FM), and Magic 92.5.  She moved into the Programming Department as a Board Operator in 2009, then took on the challenge of being an on-air personality. Sheryl became a part-time on-air talent for Z90 in 2010, and since then has filled in for all day parts, including morning drive.

Sheryl grew up a Navy brat, living in Hawaii and Virginia, eventually making her way back to San Diego. She is a graduate from Morse High School and San Diego State University.

“Sheryl Love is a perfect fit for us!” said host Mark Jagger.  “We were so excited to be able to bring her on board to produce our show.  She is funny, a Mom, a great person and as a San Diegan she loves this town as much as we do.  She will bring so much to our show and we know you will LOVE Sheryl Love!”

“Sheryl comes to us from our sister station Z90, and we are beyond thrilled to welcome her to the Magic Mornings team,” added Kristi.  “She is so talented, organized and fun, it kind of feels like, on The Voice, and we hit the ‘steal’ button!”

Sheryl can be contacted at sheryllove@magic925.com for booking and related matters.