Joe Haze, PD Channel 933, sent information on their Summer Kickoff Concert over. I will share it now!


We released the lineup for Channel 933’s Summer Kick Off Concert!

If you were in San Diego when we had our first one at the SDSU Open Air theater in 1998,  then you enjoyed the likes of Candyman & 98 degrees.

Fast forward to 2016, I think it’s safe to say we have grown since then! 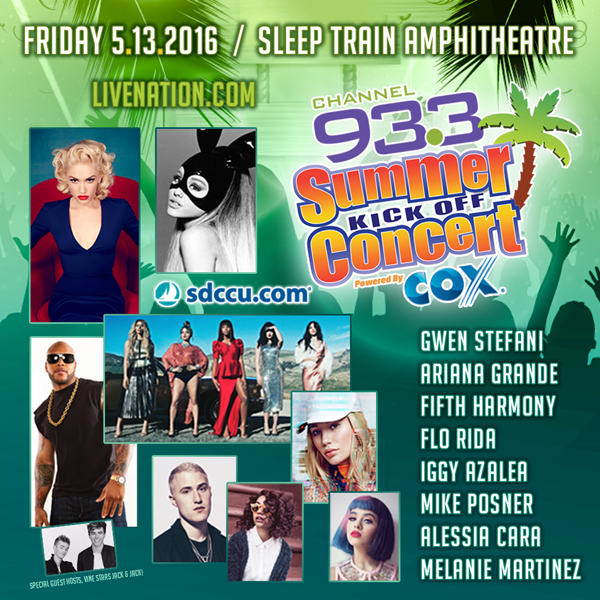 The presale code is 933 and can be activated at LiveNation.com which goes until Thursday at 10pm. The general on sale is Friday at 10am.  I expect it to sell out.

If you can share the links below on your social media and with your friends to help get the word out, I would greatly appreciate it!   #933Summer