Today I roll out a new feature. As you know SanDiegoRadio not only limits itself to radio, but local TV News as well.

Now I present to you the debut of the.. 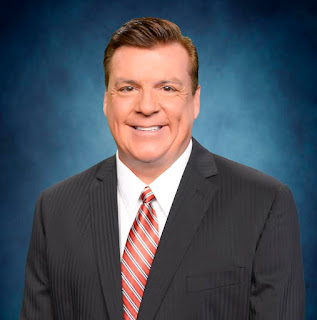 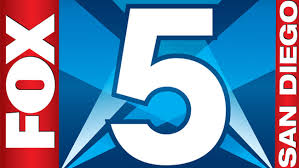 Joe Nelson: What is your current position/Channel/Shift?
Phil Blauer: Fox 5 News Anchor at 6pm and 10pm. Monday through Friday

JN: How are things with you right now?
PB: Having a great time at Fox 5. I’m going on a year and a half. I love the vibe when I arrive…such a positive newsroom. Getting ready for February sweeps, which can be hectic. I feel very blessed as I enter my 35th year in t-v news.

JN: Do you have anything you’d like to talk about? Such as stories from TV News?
PB: I think this is going to be a very interesting year in San Diego. The Chargers story is blowing up big. El Nino is rearing its soggy head and the political season is starting to heat up.

JN: Do you have a previous career not associated with TV News?
PB: Before I got into broadcast journalism, I was involved in print journalism. I had offers out of college to work for the LA Times and OC Register, but got bit by the t-v news bug.

JN: San Diego… What is your favorite place to visit?
PB: I love to go to the Los Penasquitos Canyon Preserve, when I can. It’s so beautiful and peaceful, with a nice waterfall right in the middle of it. 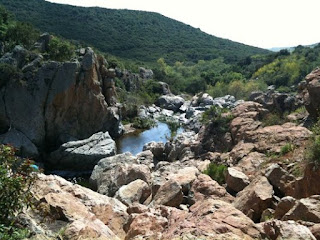 JN: Is your job still as exciting like it was day one?
PB: It most certainly is. Every day is completely different. The news is always evolving. I used to say the tape starts out blank in the morning and within hours, it was filled with incredible images and sounds.

JN: Where is your favorite place to go out and eat?
PB: The buffet at Valley View Casino.

JN: What are some facts about you that maybe no one knows, but could be interesting?
PB: In high school, I thought about becoming a mortician. My uncles, who were, all drove Cadillacs. I thought those guys are making big bucks. But when I paid them a visit, I quickly changed my mind.

JN: How do you view TV News now, compared to the past, then looking to the future?
PB: Well, it’s much more urgent because of social media and the demand for instant information from viewers. Before you could take your time and wait for a newscast to come on to present your stories. Now, it’s a race to see who can tweet something the soonest.

JN: What is your favorite movie?
PB: Butch Cassidy and the Sundance Kid. 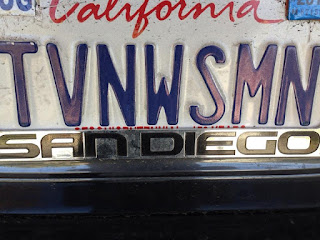 JN: With Social Media being so prevalent, tell me the advantages of using FB, Instagram, Twitter to connect with your viewers
PB: I want to keep the viewers informed about up to the minute breaking news events. All of these platforms allow me do to that. It also gives them a behind the scenes look at what I am up to professionally and personally. And it hopefully draws them to Fox 5 News.

JN: What is your favorite TV News moment, involving you?
PB: I was chosen to flip the switch on holiday lights at the top of the Palm Springs Aerial Tramway. It is an honor normally given to huge celebrities. When it was time to do it on live t-v, it began to snow. That was cool. Definitely a moment I will always remember.

JN: Is there anything in particular you like about the San Diego market vs other markets you’ve worked in?
PB: I started in Palm Springs, which I loved because the people were so nice. And that market made national news once a month, especially because of presidential visits and celebrity politicians, including Sonny Bono, who became Mayor and Congressman. LA was just too crowded for me. Then, when I was told to spin tabloid material from my stories, I left. San Diego is perfect. An awesome blend of huge stories, which go national, to hometown tales of very special people.

JN: You have told me the story once before about two guys who worked beside you and also have gone on to do some pretty great things, I am guessing our readers would like to hear about it?
PB: I was teaching broadcast news writing and announcing at College of the Desert in Palm Desert in the mid 90's. Carson Daly was a student of mine who either wanted my anchor job at the local ABC affiliate, or he wanted to become an MTV host. I told him to do an internship on a morning show at a Palm Springs radio station with a funny guy named Chris Kimmel, who was actually Jimmy Kimmel. They both moved to LA and the rest is history. 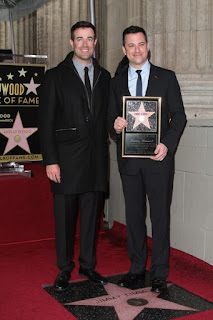 JN: What is the most interesting job you’ve ever had?
PB: I worked in a rental equipment yard owned by my father through high school and college. It was a dirty job, but I learned a lot about life and business. 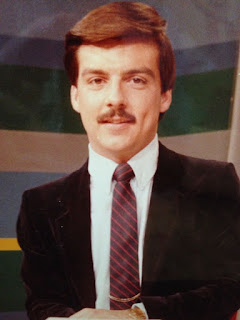 JN: What broadcasters do you look up to?
PB: Currently, I am a huge fan of Scott Pelley on CBS. I also like Charlie Rose. I deeply miss Peter Jennings. And I thought Larry King was incredible.

JN: If you could go back in time and work during any era of TV News for a few days - which would you choose?
PB: Probably 1963. I would have wanted to be a network reporter assigned to cover John F. Kennedy’s presidential campaign. It would have been interesting to be in Dallas on November 22nd.

JN: Is there anything else you’d like to share?
PB: During my teenage years, I was part of a pirate radio station. While in Palm Springs, I hosted my own morning radio show for two years. And in 2013, I got the chance to host the DSC radio show here in San Diego for a week. At some point, I think I would love to start a Podcast or host “Disco Saturday Night” 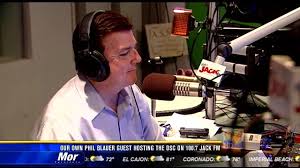 Phil Blauer: Thanks for giving me the opportunity to share some of my life with your readers. It’s a pleasure learning about San Diego broadcasting from you.

Phil, it's always great catching up with you, you are a true pro and thanks for always being so kind to us!

Anonymous said…
I like these Personality features - but (without disrespecting the effort and the interviewee) there is a lack of flow and follow up to the questions.

Example ... 35 years in TV News. Wouldn't the natural follow up be ... Where and how long. Then maybe something about the 'characters' at each location or maybe the mentors at the early stations ?

I think the follow up question was in that vein - but maybe you could have formed the question to get those stories about the past 35 years?

Maybe I am myopic - but I like to hear about how and how successful people like Phil were influenced by mentors earlier in their careers.

Later on you asked about News now compared to the past - (in between answers about the mortician and your follow up about a favorite movie).

Wow - did I want you to dive in to that topic deeper. For example - could you have followed up with ... Has the rush to be first (they old gang would call that 'a scoop') compromised you or others in that rush ?

Also for someone that has been in the TV News business for 35 years - could you have asked Phil about the transition from filming and editing a story to Video tape and a faster story to air concept and now to the live and on the scene gathering and telling the facts with the ink still wet on their notepad via a live link during the news cast ?

Love the blog - and it's only a suggestion to inspire future content. Looking forward to more.

You are VERY correct

IT IS *GREAT*- and with your other responsibilities - impressive.

It's all just how the community helps each other ... by offering ideas and suggestions hoping the recipient doesn't take it that the effort was disrespected.

I look forward to checking the blog every day or so - and enjoy your content. Just thought we might offer a little help into what makes your loyal audience want to come back and see more of what you create - and to hear more about the people we watch and listen to in our burgh.

Anonymous said…
I really enjoyed his DSC fill - in work. He's a great communicator and told an awesome story about going to Frank Sinatra's house. In addition to being a good anchorman i thought he was the best street reporter on SD TV. Thanks for featuring him.
January 23, 2016 at 12:03 PM