The first Spotlight of 2016 is on Z90's Tre Zeeninety, I believe Zeeninety really is his name, so I don't see him working anywhere else.... 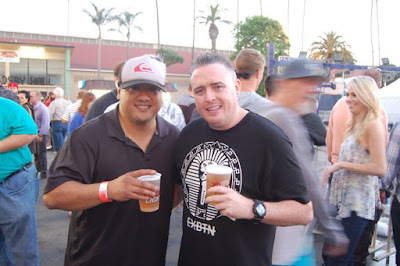 Thanks for your time, Tre!

What is your current position?
Assistant Program Director and Afternoons 12pm-6pm


How are things with you right now? Life, work…..
Life is good! When I think of work, radio has been one fun and crazy ride! It's just an amazing thought knowing that I've been fortunate enough to continue to work at one station my whole career since '98. Counting blessing and thankful for Wolf

Do you have anything you’d like to talk about? Such as stories from radio?
I grew up listening to Z90 and imagined one day I would work for the station. When that was realized, it was solely because of the music. Once I got that "radio bug," I became more of a student of an industry that I'm still learning about to this day!

San Diego… What is your favorite place to visit?
I think people who know me the best would laugh and say Wal Mart. That place is like Disneyland for me. It's like Amazon.com with shopping carts. I just need "stuff" all the time. 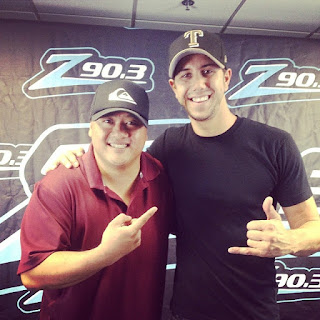 Is your job still as exciting like it was day one?
Z90 has gone through such a unique transition just in the past couple of years moving from the Rhythm to Pop panel. This new evolution of Z90 has definitely made the job more exciting and interesting. A change like that would professionally better any jock or programmer to have them constantly learn the craft and business. You constantly have to re-invent yourself.

Where is your favorite place to go out and eat?
That's a tough one! I've never been a hard core foodie. San Diego...will always be some sort of Mexican joint that ends with the name "Bertos." Alberto's. Roberto's. Adalberto's. I will slap myself if I ever come across a Trebertos.

What are some facts about you that maybe no one knows, but could be interesting?
I tried...I mean I literally tried to leave radio in 2005 when Clear Channel still owned Z90, but we were being divested away and the station came under new ownership by Finest City Broadcasting with Mike Glickenhaus and crew. Fun times! During that transition and before my former PD Rick Thomas was announced to come back again to program Z90, I was two months away from going to the Regional Police Academy at Miramar as a recruit with CVPD, but Rick found out and used some crazy Jedi mind trick to suck me back into the radio tornado. Cool thing...I still get to work with the School Resource Officer Unit of CVPD, helping out with some great kids every year!

How do you view radio now, compared to the past, then looking to the future?
I came into radio at the very tail end of the grease pencil, blade, and tape era. I hated splicing reel to reel tape! Just during my time, radio has evolved so rapidly from the digital to social media radio world. If you're not on the bus, you're going to be left behind! Radio definitely has changed over the years, but excited to be a part of a new "venture-adventure" with the KFMB properties coming aboard. The potential of SD Local to grow and expand into the future. 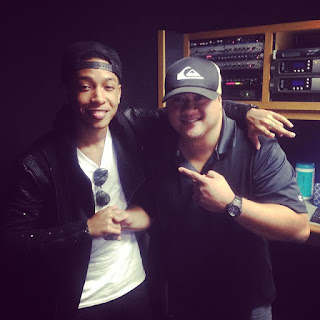 How vital is the connection between an on-air personality and the listener?
Hands down...vital! In my opinion, they are the true stars who make the day interesting. We can tease content and contests, celebrate new music, but it's usually the off the wall commentary from a listener who make calls and bits more fun!

With Social Media being so prevalent, tell me the advantages of using FB, Instagram, Twitter to connect with your listeners.
Social media is growing by leaps and bounds every single day! That instaneous interaction between the station and the listeners is a great two way street! Our best sources usually come from other listeners who are fanatics of an artist and might giving us information about things that aren't even published yet. Just a few years ago, one of our former promotions guys, Joseph Lee, helped spearhead a Justin Bieber Twitter campaign at his show here in San Diego, that got us trending like crazy! Can't complain either when Justin tweets us back the same night!

What is your favorite radio moment?
There have been many, but a couple years ago, a mother called the request line and mentioned that her daughter was a fan of the station. Her daughter who had been fighting cancer, was waiting for word on some test results to see if her daughter was cancer-free. They got the "all clear," but the daughter had no clue! The mom figured her daughter would be listening and asked if I could say something over the radio to surprise her with the news while she was driving. It was one of those go with your "gut" moments where mother and I surprised her together with a call of the good news. We aired the call and had a lot of listeners thanking us for sharing the moment. It was the first time in my career where I realized how much more impactful radio can be. 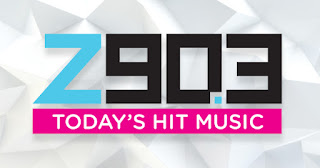 How long have you been in radio?
December of '98 was my official hire year with Z90. Still crazy to think that, have worked with some great programmers, general managers, and co-workers over the years. You asked how long? I'll let you know when this ride ends...

What is the most interesting job you’ve ever had?
Worked security at Continental Maritime. Those guys were hilarious, but fun times!

What broadcasters do you look up to?
Chino, who works for Iheart. He's that one guy who pressed me for my aircheck tape back in the day and the rest was history! I look past his love for the Raiders, but will always be appreciative of him!

If you could go back in time and work during any era of radio for a few days - which would you choose?
I think the early days of radio. I'm talking when families would huddle around a radio and not a television. It would be interesting to see the equipment and how they did things back in the heyday!

Is there anything else you’d like to share?
Counting blessings and shout out to Gregg and Dub for letting me to continue to cruise on the radio ride...