December 22, 2015
By Joe Nelson
I was notified of the passing of Ted Tillotson this morning. I did not know him, but Gary Kelley sure did. 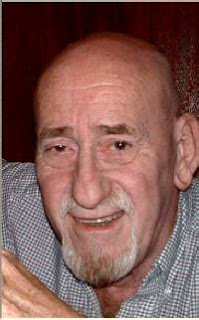 Gary allowed me to use his Facebook posting to spread the sad news here.

"I'm saddened to write this post and will admit it took me some time to get up the courage. Ted Tillotson long time radio sidekick, radio news anchor, writer, instructor and tremendous friend passed away last Friday night. Ted was an instrumental force in the KGB Boss Radio Era of the 60s and 70s. His name is etched in stone on the KCBQ monument in front of the In & Out Burger in Santee along with other greats from San Diego Radio. For me personally Ted was my sidekick and friend on the original KPRI San Diego's Best Rock from 1977 to 1984, and again at The Eagle in the late 90s. I used to tease him that he graduated high school the same year I was born. It was that kind of friendship and his creativity that made KPRI a force in San Diego Morning Radio market for many years. He wrote and stared in daily radio episodes on the life and times of Sammy Surfer and his girlfriend Monica. Monica was taken from the real broken heart Ted felt when his own wife left him. I don't think he really ever got over her but out of respect he changed her name from Kathy to Monica. That radio satire helped Ted heal over the years and made thousands of San Diegan's laugh every morning. Sammy was the local surf dude that you would imagine on the streets of OB today, he just happened to do the surf report in between Led Zeppelin and Van Halen records. Back then I was a child with a bad habit of winging it, Ted was the genius that I was given the privilege to observe and know for a great deal of my life. I'm learning to live with the reality that from this point on he will only live in my memories. Sometimes it sucks getting older and loosing the ones you love. As good friend Sandi Banister said this week, "Long Live Sammy Surfer"."

Gary thank you for your help here.

Also, please check out Ted's Amazon page for his books he has listed. See that HERE

Unknown said…
I knew Ted well: we worked together at KUDE Oceanside in about 1971 and in 1979 hired me to do afternoon news on KPRI (during Gary's show). Most of his radio career was in news but he was a DJ at KUDE and I think that's where he first developed his character voices.

When we were in Oceanside Ted was newly divorced or separated and lived in a converted garage at the beach. He owned a horse he kept at a large ranch east of Oceanside and loved to put on his cowboy garb and go riding on his horse Red, which was a retired cutting horse. I joined him once there when we drove about 30 horses out to pasture. It was for sure a taste of the old west and Ted loved it.

Besides being a brilliant radio entertainer, he was quite a visual artist with his paintings and made some very interesting short films, shot on actual film, not video. He worked a graveyard shift at a San Diego FM (I think it was Sunny) and used to bring his film editing gear into the station to work on his films during the overnight hours).

Ted had done some big time radio before Oceanside including KTLK Denver and KCBQ, using the name Ted Taylor. As I recall, KCBQ PD Buzz Bennett convinced Ted, Shotgun Tom and some other airstaff to join him in a walkout. I don't recall the purpose of it, but it backfired and Ted really suffered from the loss of what was then a very, very good job at the Q. He never quite recovered from that setback.

He really got into writing and, as with his visual art, he had some dark subjects. He began teaching and coaching other writers in the pre-internet days on AOL. He continued that when the WWW came along and it was something he did up until the end of his life.