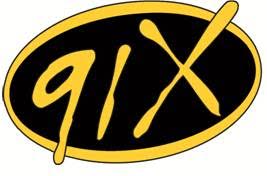 SAN DIEGO, CA – 91X (XTRA-FM) Morning Drive host Matt Stone has announced his departure from the station, to relocate to the East Coast to spend time with family.

Stone joined 91X in November 2014 as Assistant Program Director and began the Morning Drive shift in January of this year.  Stone made the announcement to staff last night, and will remain at the station until the end of the month.  Tommy Hough will fill the spot in the interim while a permanent replacement is sought.
“It has been an honor to serve along side of Mike Halloran here at 91X,” said Stone.  “This is such a legendary brand and I am grateful to have been a part of it.  I have to give tons of thanks to Halloran, OM Joe Lindsay and GM Gregg Wolfson for their guidance and understanding.  This was a hard decision to make but it is what is right for my family right now.  I know the great people at 91X will continue to dominate the Alternative world in SD.  And who knows, maybe someday I will be back!”

91X Program Director added “Matt is putting down the burritos to relocate from America’s Finest City to the east coast to be closer to family, and to let his kid see his grandparents once in a while.  Matt has been a great contributor and worked his tail off, he will be sorely missed.”