This story is a bit dated, but to me it's still important. The delay is a long, boring story, but hope you still enjoy this story as much as I did 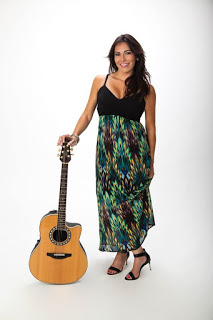 Juliette was named as the 'Show Host' for The Grand Ole Opry! She tells SanDiegoRadio "Well, it's official -- God pulled this one off - I'm part of the Opry Family. I'm the new Show Host for the iconic Grand Ole' Opry. I'll be in charge of entertaining & hosting 4,400 audience members during the nightly shows, warming up the crowd, popping on stage in between acts to engage the audience, host games, manage prize giveaways. I'll be standing right on the very same stage as country music legends do every night & I'll be the first person to introduce and welcome people from around the world to the Grand Ole' Opry. Passing folks in the halls like Carrie Underwood, Vince Gill, Belamy Brothers, Craig Morgan and Terri Clark...After 9 months of rejection & in actuality 6 years of tons of rejection in this industry -- It's ironic that the one place to give me a chance is Country Music's Most Famous Stage

— I was offered the part-time position June 9th - and started two weeks later. So far, so good! You can hear me do my spots if you listen live online or on the app during shows. If you're in Nashville, swing by the Opry for a backstage visit maybe :)"

Slow Marks said…
It was fate to come here at this place. It really paves the way for me to want to go out more. I was fortunate enough to have seen these excellent venues in Los Angeles with my friends. The entire space feel warm and intimate.
March 2, 2016 at 8:55 PM