Jagger and Kristi Celebrate 10 Years of Mornings on Magic 92.5 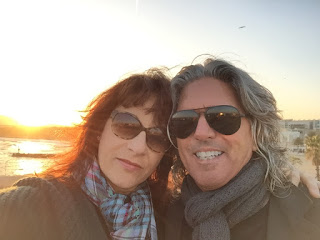 Mark and Kristi Jagger are one of a few married morning radio teams in the country.  The two met when paired for an afternoon show in San Diego in 1996.  They married in 1997 and their success led them to a coveted shift during morning drive in 2002.  In 2005, the pair moved to Magic Mornings and “we are enjoying every minute of a decade at Magic.”

Jagger and Kristi will celebrate a decade at Magic 92.5 with listeners on-air Friday morning from 5:00 to 10:00 AM.

Hosting “Magic Mornings with Jagger and Kristi,” the couple focuses on life in San Diego, with heavy listener interaction, music, and the popular “War of the Roses!” feature.  Jagger and Kristi’s passion in life is to bring out the best in everyone they meet with a lot of laughs along the way.

"The best part of being at Magic 92.5 for a decade has been spending our mornings with our listeners and getting to know them,” said Mark Jagger.  “Our Magic listeners are kind, funny and generous, and we cherish every moment we have with them.  Plus, of course, working with my beautiful wife!" 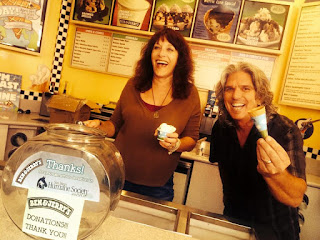 Jagger and Kristi also have tremendous respect for each other and the world around them.  With the help of listeners, the couple helped raise hundreds of thousands of dollars for San Diego charities, including $17,000 this past December in a 14-hour broadcast marathon for the “Magic 92.5 Christmas Wish Foundation.”  Those funds are used to reward “Christmas Wish” gifts to help families in need over the holiday time.

Jagger and Kristi are dedicated animal lovers and work with local shelters to save orphaned animals by highlighting the need on-air during "Jagger & Kristi's Kritters."  At home they live a happy, married life with their “Surf Dog” Bodie and Himalayan cat Sammy.

When asked how being married for 17 years and working so closely with your spouse is Kristi said, "it really works for us. We enjoy each other and enjoy communicating with people so it has always been a great fit.  If there are difficult moments we move through them quickly and they are overshadowed by the fun we have on and off the air.  We are very grateful to have spent the last ten years together with our MAGIC family!"

Joe Lindsay, Director of Programming, added “I have been with Jagger and Kristi since day one of their tenure here at Magic 92.5.  They truly care about every listener, and go out of their way to build personal, one-on-one relationships with everyone they meet. In this competitive, ever-changing industry, staying on the same radio station in morning drive for ten straight years is a huge accomplishment. I am not surprised at their success. I am blessed to have been a part of it over the past ten years.”

SanDiegoRadio sends a huge congratulations and a big thank you for your hard work!
-Joe