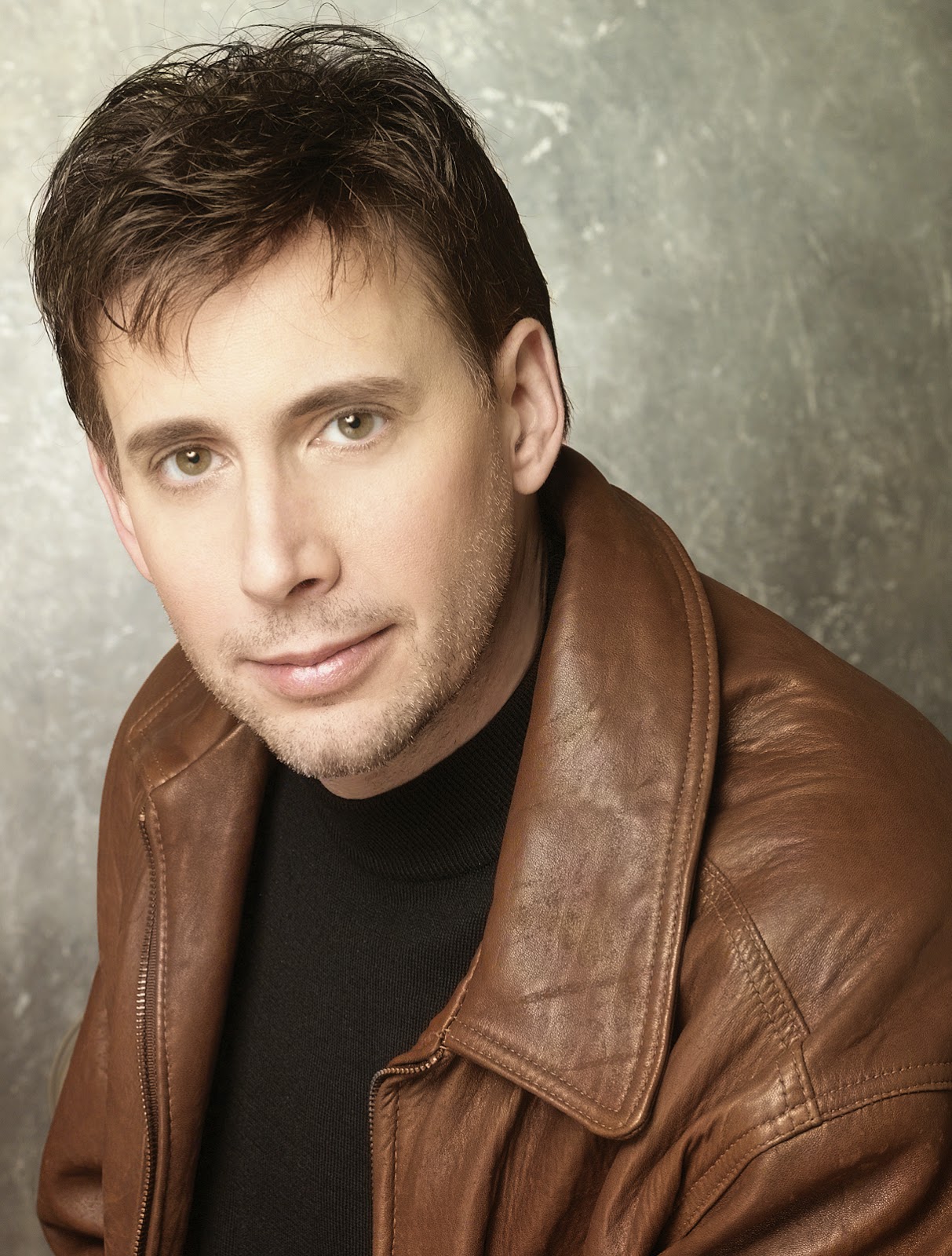 Marc, thanks for your time...


Joe: What is your current position?

Marc: I work 10-3, which is considered “At work listening.”  I’m on the same schedule as everyone else who’s working so I can feel the ebb and flow of the day.  Or ups and down.  I’m takin’ coffee breaks when everyone else is.

Joe: How are things with you right now? Life, work…..

Marc: Things are good, I’m enjoying celebrating my 5 year anniversary with KGB. It’s a station I always wanted to work at having listened to it since I was in the single digit age range.   Wasn’t easy to get a job here, though.  This last go ‘round,  I had to work the boss over pretty good for a year and a half almost to convince her to hire me.  You know,  monthly emails, quarterly follow ups, using any connections to put in a good word for me.  Even calling her Assistant PD,  who I knew,  to have a sit down with her.   Very picky and careful.  But when she finally makes a decision she sticks with it for the long haul. 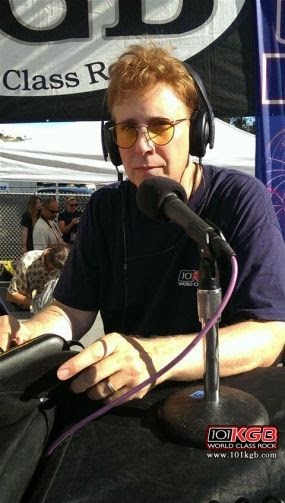 Joe: San Diego… What is your favorite place to visit?

Marc: I hang at Coronado, the beach there.   Spend time in the Gaslamp.

Joe: Is your job still as exciting like it was day one?

Marc: More so these days.  My flagship station is KGB, but through modern technology I also do a few other things for the company.   I do a few different formats for I Heart Radio.   Besides specializing in Classic Rock, I also do Classic Hits, Oldies and Adult Contemporary formats.  So with the different approaches to each format you could never get bored. 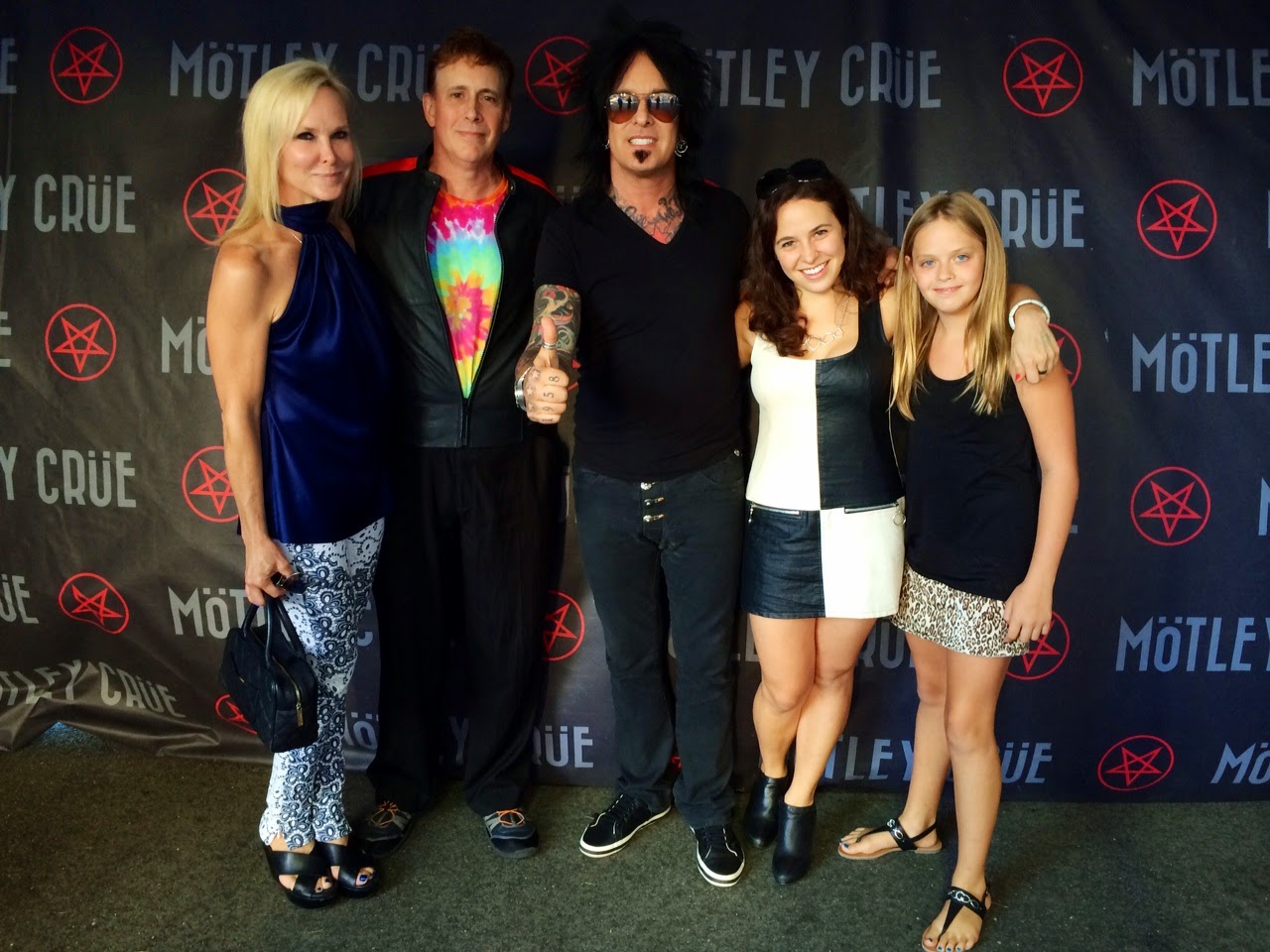 Joe: Where is your favorite place to go out and eat?

Marc: I’m “In And Out” burgers all the way with See’s candy for dessert.  Not exactly the healthiest.  I do all the restaurants in the Gaslamp, too.

Joe: What are some facts about you that maybe no one knows, but could be interesting?

Marc:  I play the cello.  I was trying to do, back in the day, what the group “2 Cellos” finally accomplished today.  I’d like to jam with them once.  Also play electric guitar.  One of my things I came up with as a DJ was to, instead of just introducing bands at clubs, actually jam with the bands to make it more interesting.  I did a short stint with “Twisted Sister” as guest guitarist.  Also played with Foghat,  Zebra and a few others.  I have an alter ego, “Billy Smash” wear a platinum blonde wig and fake red snakeskin suits.  Another alter ego is LMFACope where I kind of dress like Red Foo (isn’t he on Dancing With The Stars this season?)  I do both comedic and dramatic acting (Most recently seen in “The Bling Ring” and a TV pilot “Hitting Home” (you can see that on You Tube right now.) Did a couple of “Law And Order” episodes.  Used to have a lot of lizards as pets.

Joe: How do you view radio now, compared to the past, then looking to the future?

Marc: Now we have a variety of ways to listen.  We have a lot of different social networking sites to communicate on.  That’s all great and fun BUT if all hell broke loose and another blackout happened, the last one standing would be the good old fashioned radio.  That’s where everyone goes to get their info in times of emergency.   I was working in New York City with Bob Buchmann when 9/11 happened.  We were there and still went in to work to communicate with our listeners.  I have the tapes of those shows,  I haven’t listened to them but they were heartfelt and we played anything we wanted that fit with what the city was going through.  You know, things like Supertramp “Crime Of The Century.”  We’d take calls and commiserate for days.   That was some experience.

Joe: How vital is the connection between an on-air personality and the listener?

Marc: It’s everything!  We’re trying to communicate information about songs, bands, lifestyle, entertainment news, surveys that are interesting and other topical stuff.  We communicate as DJs you’d want to grab a beer with.  We’re one on one in most cases and even though we may be educating the listener on some cool info about the music, it’s done in a way that doesn’t come off as talking down to anyone.  We’ve had to perfect this over the years.  Some disc jockeys would talk at you, shout at you, talk down to you etc.  Most don’t anymore.  It’s evolved to real people communicating with real people.  Yeah, we may get a seasoned radio voice from chronic usage of the chords (can’t really be helped, the voice settles in), but the content and way it’s stated should be like everyone else.   Sometimes we may put forth a little more energy like over a song intro, but we’re trying to match the music intensity in those cases.  That stuff makes radio fun and infectious. 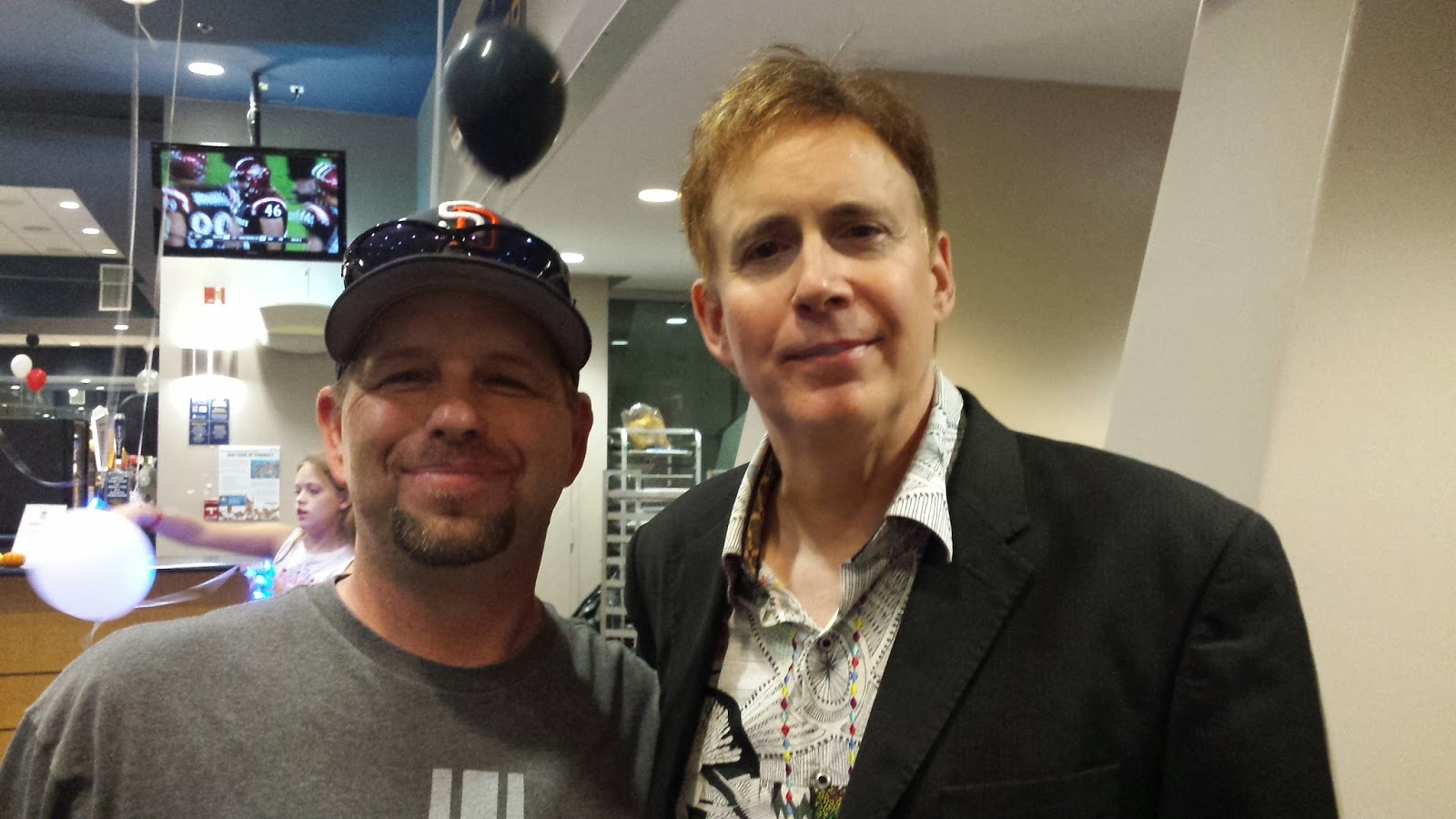 Joe: What is your favorite movie?

Joe: What is your favorite radio moment?

Marc: I would have to say both being on the air for 9/11 and the blackout here and in New York.

Joe: How long have you been in radio?

Marc: That would be telling!  But, Bob Buchmann and I were born in the same hospital like only 11 days apart.  I’ve worked with him on and off since 1979 we have 5 stations in common.  40 years is a safe bet, but I started real young in early high school here in Southern California.  I went from Kindergarden through first year college in SoCal and I listened to The KGB the whole time, both AM and FM.

Joe: Is there anything in particular you like about the San Diego market vs other markets you’ve worked in?

Marc: Well, you have to remember that this market was the original test market for just about every format.  The “Q” format, The Drake format, etc.  So ideas would start here and then branch out to the rest of the country.  Radio always was very exciting here and a bit different than anywhere else.  LA also was very influential with KMET, KLOS, KPPC, KROQ in the rock formats and KHJ and KRLA in the Top 40 formats.  I also like the fact we have a strong military base here.  I was disturbed as a teen in the 70s how the Viet Nam vet was treated.  You serve your country, you come home you ‘d think you might get treated like a hero and then you get spit on or turned away from.  I’ve been trying, in my own ways, to right that wrong.  Throughout my career I’ve done special sets of music for Vets.  I’ve gotten calls of appreciation. I’d been doing that for a long while.

Joe: How about any you may dislike?

Marc: Well we are the world’s largest small town.  So everybody might know everybody’s business. But I don’t necessarily dislike that.

Joe: What is the most interesting job you’ve ever had?

Marc: In Radio?  KGB and some of the stations back east were highlights.  I was a Kentucky Fried Chicken Fryer for a few days.  Ran a couple of stations (Gas Stations) when I was a teen.  I was trying to figure out how to get work at a radio station and ended up at 2 or 3 stations but they sold gas.  Oh well.

Joe: What broadcasters do you look up to?


Joe: If you could go back in time and work during any era of radio for a few days - which would you choose?

Marc: I was too young to be a boss jock, so for Top 40 I’d do that and then do some real progressive rock radio as well.  Two ends of the spectrum but both ends influenced me greatly and I try to do a little bit of both on the air.

Thanks Marc, I appreciate your time!