San Diego, CA: San Diego’s #1 Alternative Station, FM 94/9 (KBZT FM) has announced the lineup for the 1st Annual Dirty Parts Festival (DPF) to be held Saturday, June 20th at the Lakeside Rodeo Grounds.
The lineup includes 7 bands playing on the FM 94/9 Main Stage and the Red Bull Tour Bus Stage: New Politics, KONGOS, Big Data, Saint Motel, WATERS, In the Valley Below  and Ex Cops.
“We’re really excited to bring our listeners, and the great music fans of San Diego, a top-notch show with some killer bands, all with a price tag that doesn’t exclude anyone” said Assistant Program Director, Music Director and Afternoon host Jeremy Pritchard “Giving people the chance to see 7 great bands for under $20 is really important to us.”
In previous years, the Oceanside Pier Amphitheater had been the home to the ‘Sandy Parts Festival’ but FM 94/9 decided it was time to bring a stellar alternative lineup to San Diego’s East County.
“We love Oceanside, and can’t wait to return for another big FM 94/9 show, but it’s also nice to give kids in East County the chance to come check out some of their favorite artists a little closer to home,” said morning show host Steve Woods, “We can’t wait to see everyone out in Lakeside!”
Tickets for the Dirty Parts Festival are available now. More information can be found on the station’s website at www.fm949sd.com/dpf and http://on.fb.me/1ywsqGy 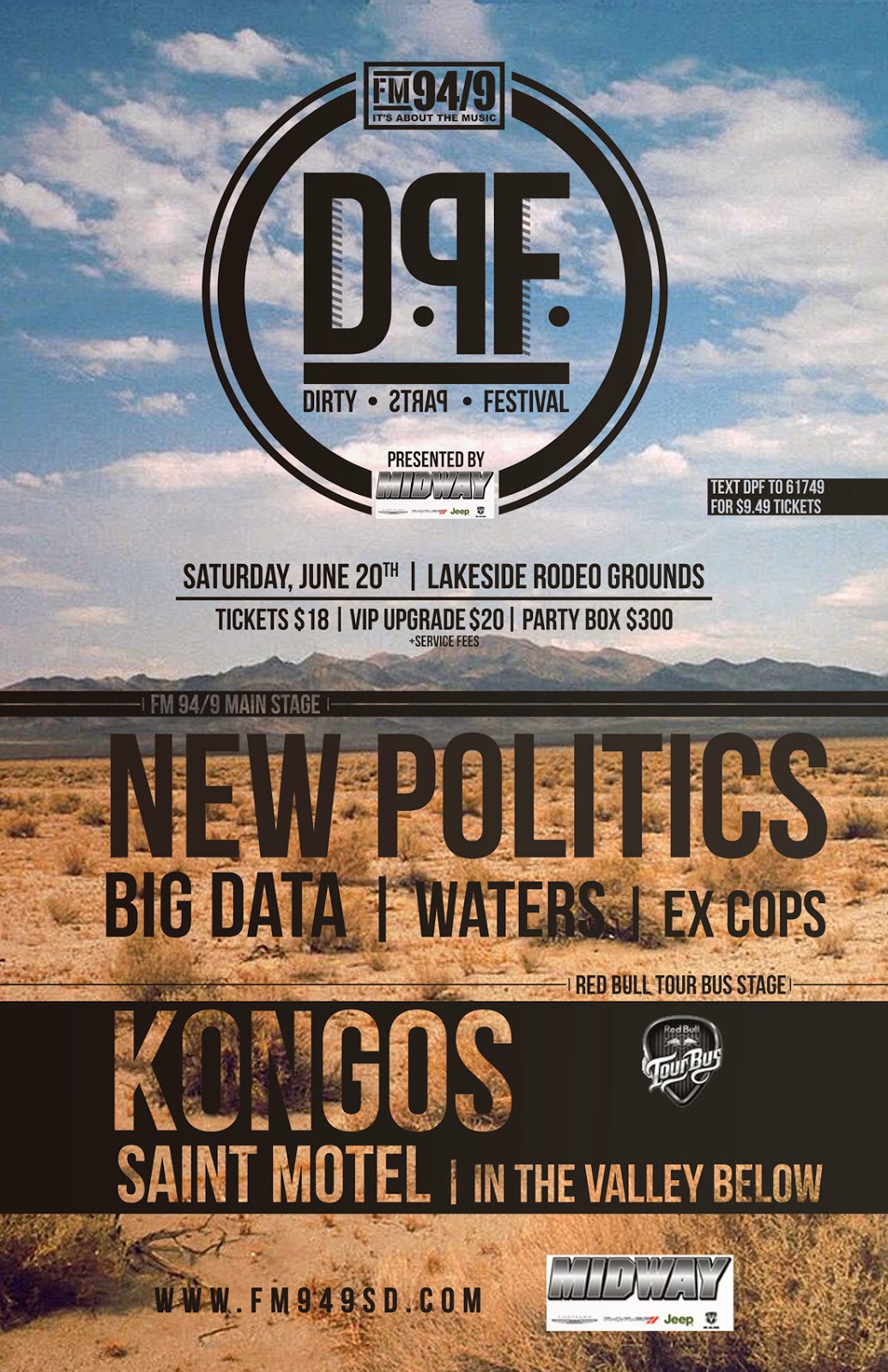