September 05, 2014
By Joe Nelson
Multiple sources have told SanDiegoRadio that talker Chip Franklin could be on his way to San Francisco. 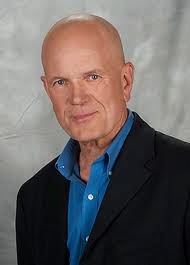 The former KOGO morning host is reportedly being wooed by KGO 810. Possibly for the 9-Noon slot. Franklin has already been doing fill-in work on KGO, so it would seemingly be a smooth transition.

Franklin was released from KOGO last September after a six year run.