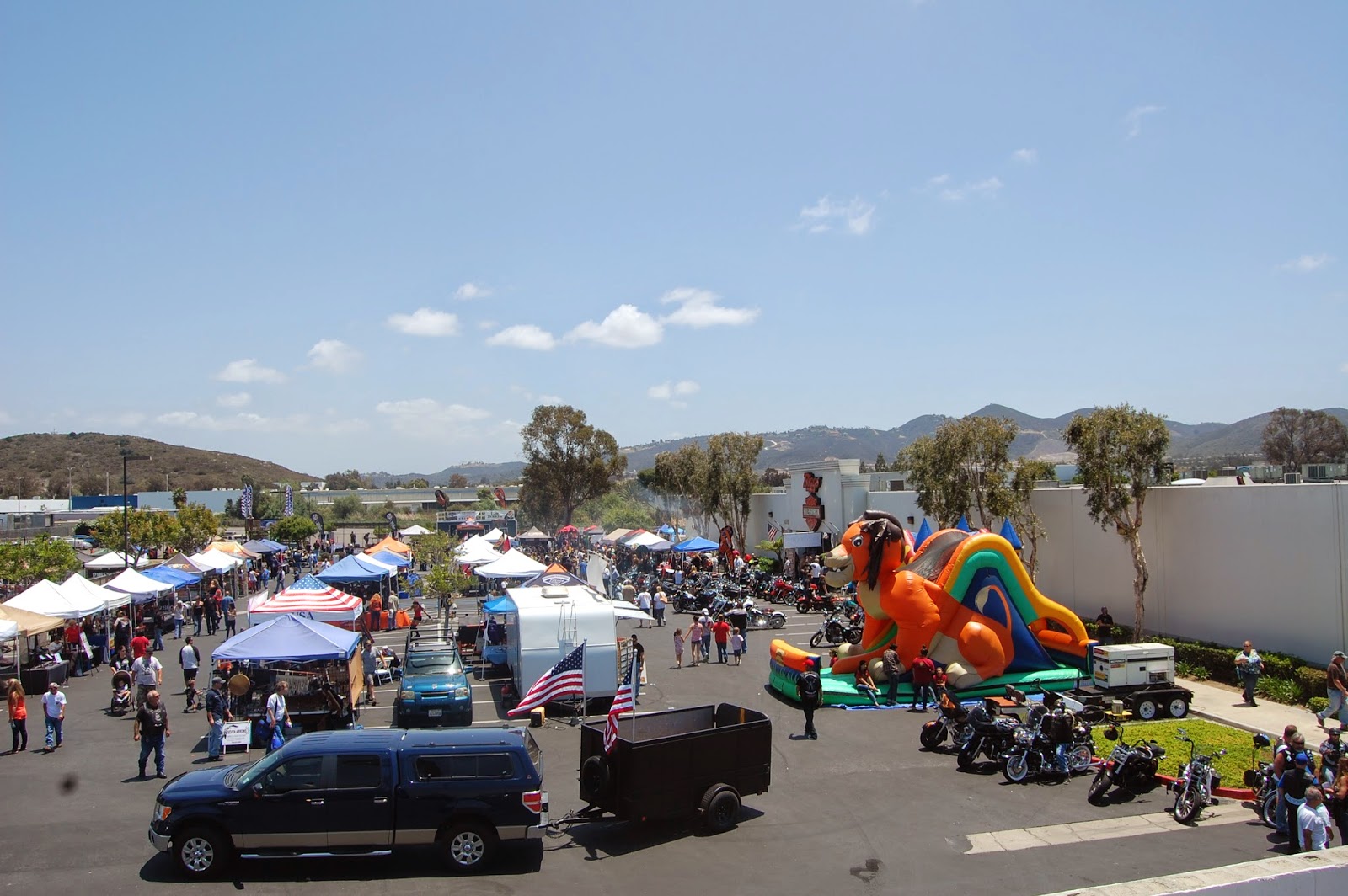 Each year, 101.5's Clint August hosts "May Ride", a meet up of bikers and even those who do not ride. All for one cause, the Heroes in the Armed Forces. Despite the horrific fires of San Diego County, the event is still all systems go! Clint told SanDiegoRadio today when asked the status for tomorrow, "Conditions are absolutely great. We are on.Tomorrow the air quality looks good, skies clear, I am at the location now and all exits are open and clear." Clint adds: "We are feeding uniformed first responders, also massages and water from Noon-4PM." 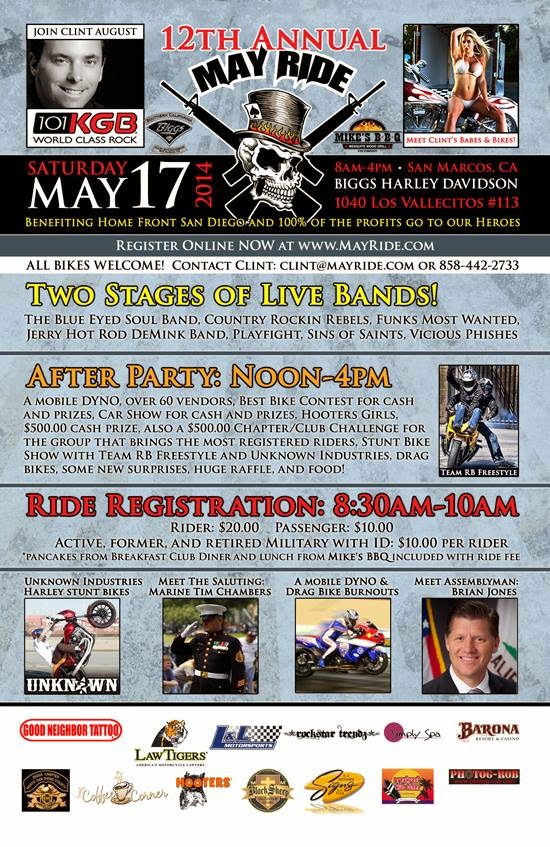 Ride History:
The May Ride was created by two buddies with a common passion, riding. When Clint August and Marc Baluch bought their Harley Davidson Motorcycles over 10 years ago, they realized that the riding community as a whole loved two things. First was the freedom of the open road and the second was that just about every rider they met along the way were very passionate about charitable work. 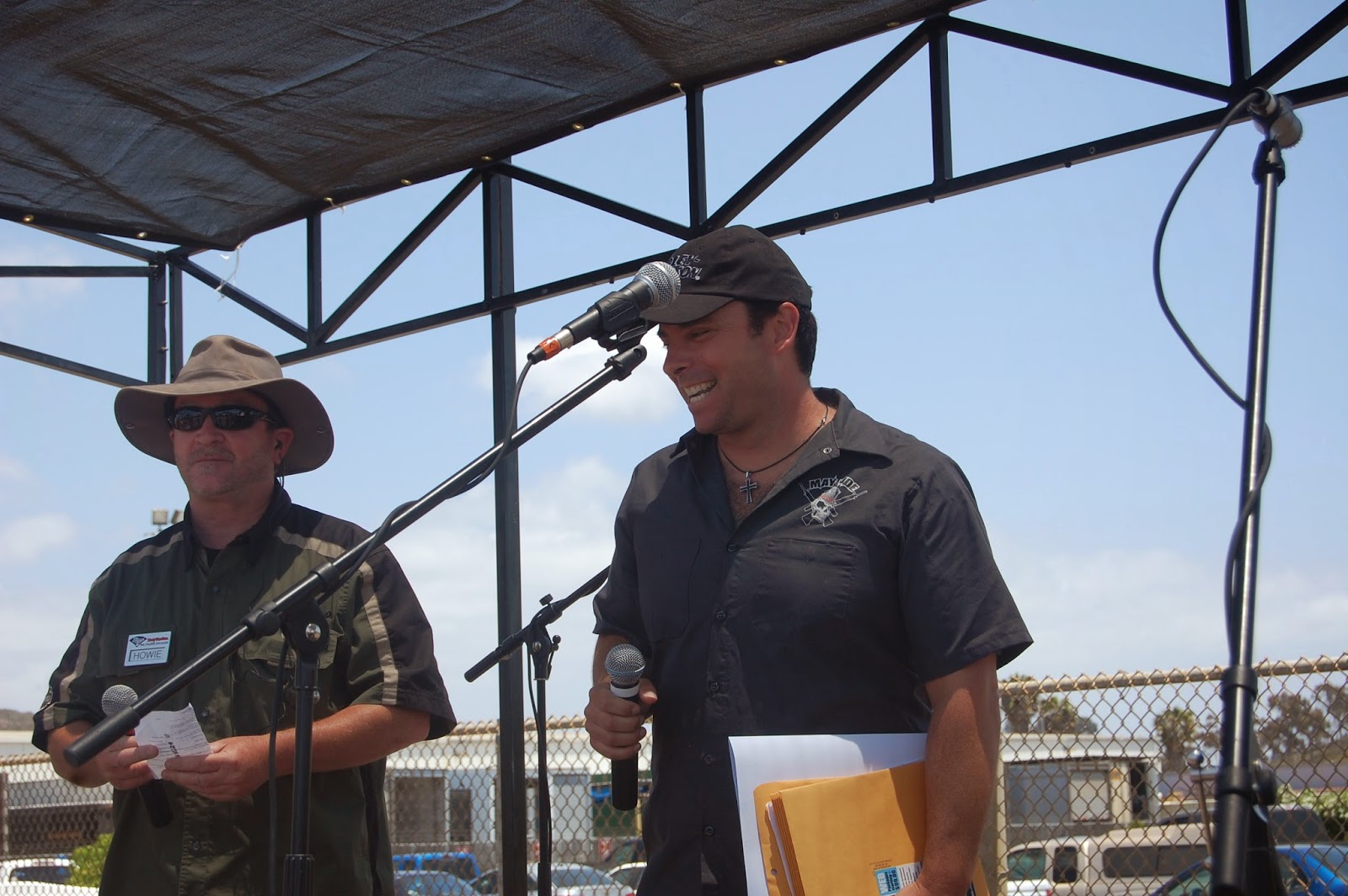 During a conversation about the importance of our Men and Women in uniform one evening, Marc suggested that maybe they should put together a motorcycle run to raise funds for our Heroes in the Armed Forces. Clint agreed and they put together the first “May Ride”, in 2003. 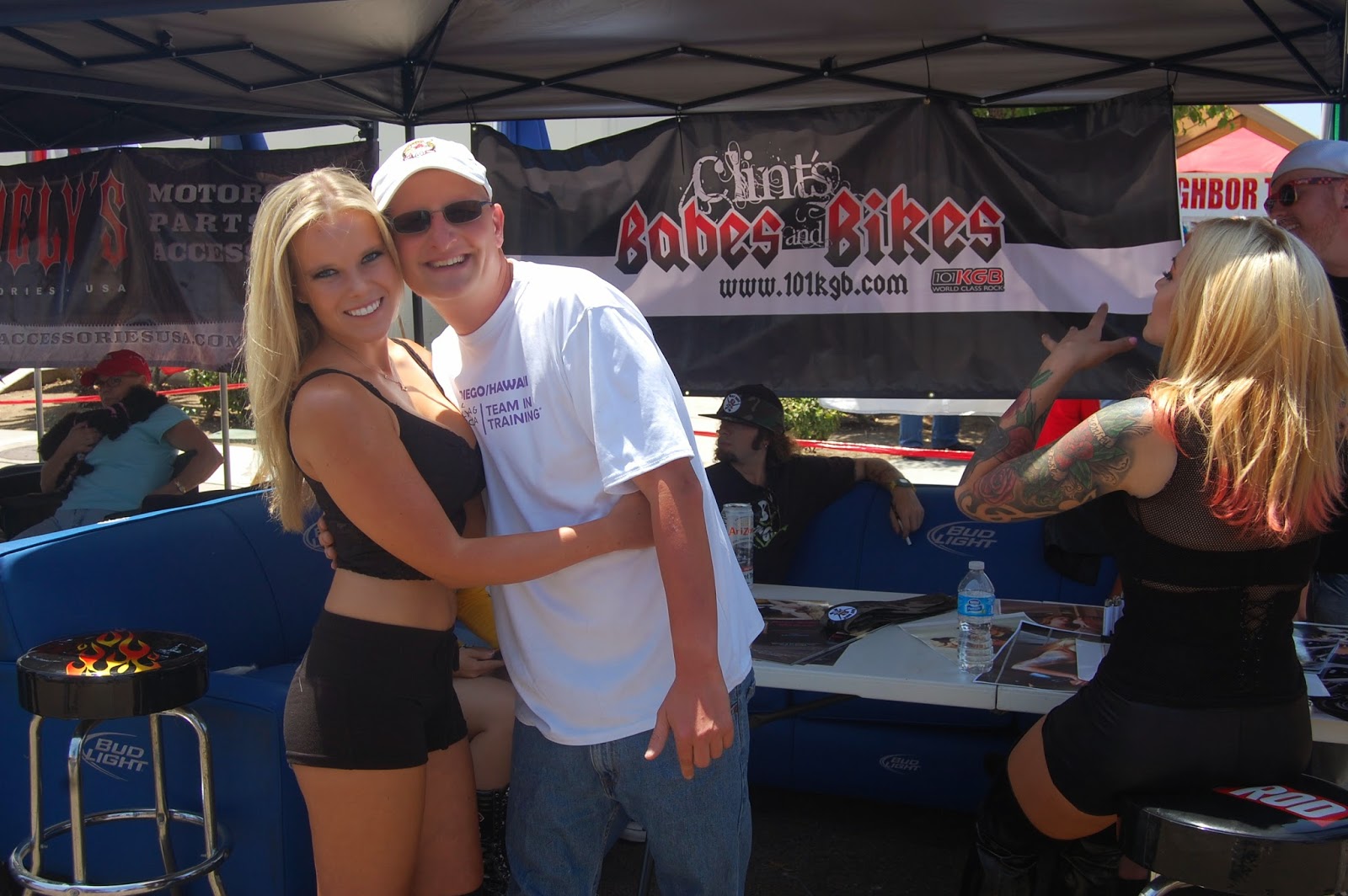 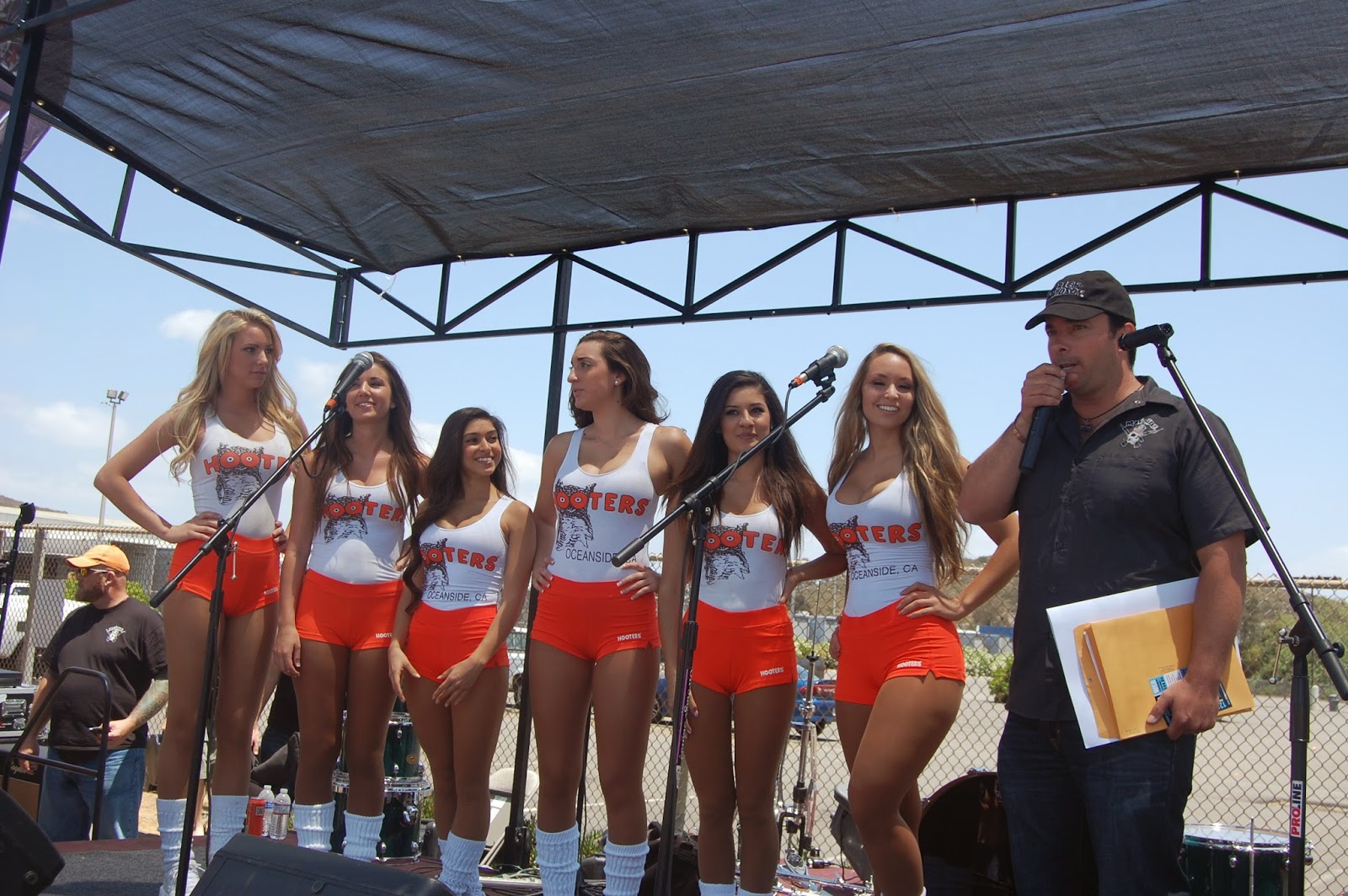 The event has grown in attendance and in activities, live entertainment, shows, contests and much more. Whether you ride or not, this is a festival that you want to be a part of.