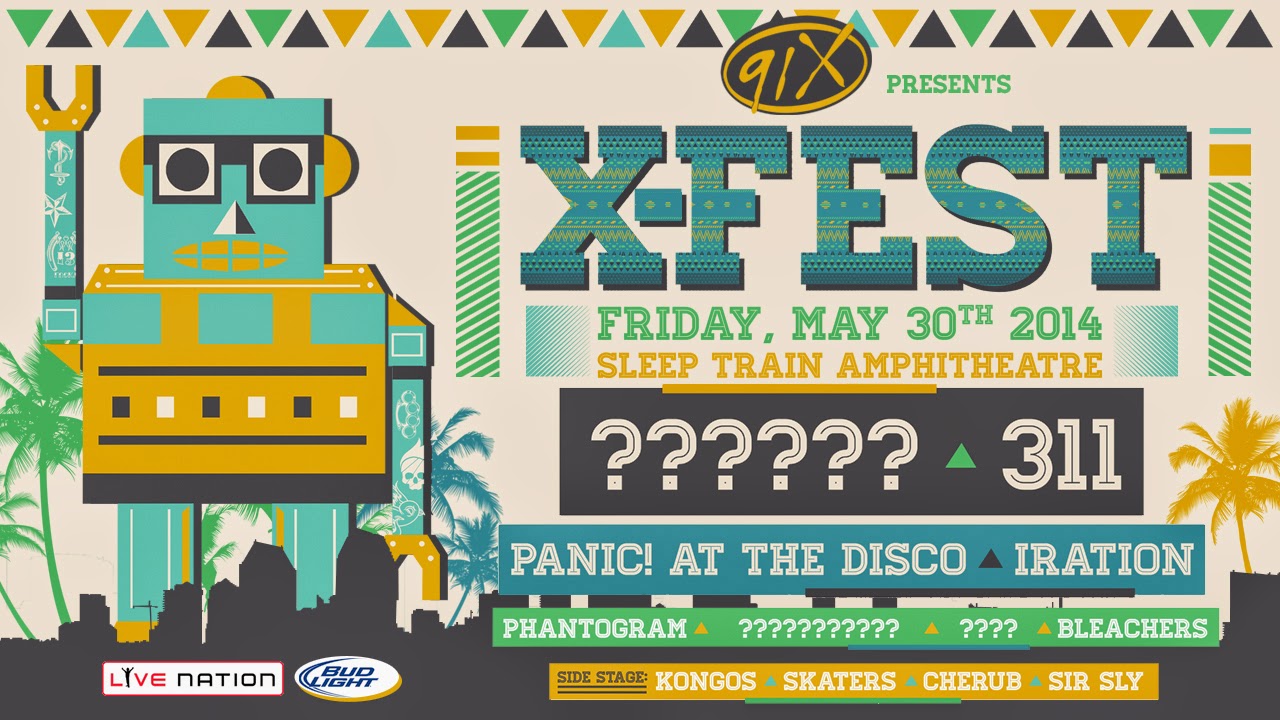 A total of 12 bands will pack the final line-up.  The remaining three bands on the bill, including a co-headlining act, will be announced on Monday, April 21.

X-Fest tickets go on-sale to the public this Friday at 10:00 AM.  Listeners who signed up at 91x.com have the first opportunity to buy pre-sale tickets on-line starting today, including a limited number of tickets in section 300 for $9.91.  The 91X Internet pre-sale continues until 11:59 PM Thursday night.

“The 91X team is really excited for X-fest 2014, especially because so many of the bands are fresh, up and coming talent,” said 91X Program Director Christy Taylor.  “But, of course, 91X will never forget our past, and this concert is the perfect mix of what makes 91X and X-Fest staples of San Diego.”

X-Fest is produced by LiveNation.  Details on the concert can be found at www.91x.com.