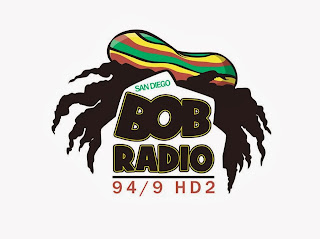 San Diego BOB Radio will feature 24 hour programming and music from artists such as Bob Marley, Peter Tosh, UB 40, Bad Brains, Pato Banton, Stephen Marley, Shaggy and all your favorites from over the years.

“94/9 has a long history of airplay and shows featuring Bob Marley and always - and I mean always - the response has been overwhelming.  He's more than an artist or a pioneer. His music is spiritual and transcendent of genre and we believe the people who love him and the movement he created deserve a lot more than a mere feature or a radio show.  So we are giving them - and him - an entire station, 24 hours a day.  We hope you like it.  94/9 HD2, "Bob Radio” said Rick Jackson, Sr. VP/General Manager, LFM Radio/San Diego.