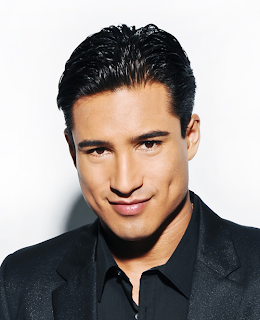 Mario Lopez is a successful actor, author, producer and entertainer with a lifelong love for sports and fitness that began in his hometown of Chula Vista in San Diego County where he was born and raised.  On with Mario Lopez will feature interviews with the hottest celebrities, plus news and gossip from Hollywood.

Star 94.1 is the market leader in adult contemporary music and entertainment – the station's weekday programming lineup will feature:

Fans can listen to Star 94.1 FM, on the station’s website at www.Star941fm.com, as well as on iHeartRadio, Clear Channel's all-in-one digital radio service.  iHeartRadio delivers everything listeners want in one free, fully-integrated service: instant access to more than 1,500 of the nation's most popular live broadcast and digital-only radio stations from 150 cities, plus user-created custom stations inspired by favorite artists and songs.  iHeartRadio also offers listeners a "Perfect For" feature which allows users to choose from thousands of curated stations based on a range of moods and activities.  New - iHeartRadio Talk feature (now in beta) offers on-demand listener-created talk content alongside popular news, celebrity and entertainment “audiosodes.” iHeartRadio Talk also features “Daily Pulse,” a customizable Talk channel featuring the most up-to-date news and culture highlights, to which users can add or remove content that is most important to them.