September 01, 2013
By Joe Nelson
Last night following the SDSU Aztecs football game, the lights went out and the sky erupted into a fifteen minute barrage of fireworks synced to the KGB Sky Show soundtrack with the theme of "Cops and Robbers".
The afternoon started off with Bob & Coe broadcasting from KGB/Aztec Village. Listeners were treated to a GREAT set by guitarist Stefanos Alexiou. This guy tore it up with his guitar and the fans loved it! I do see a bright future for him, and hope to see him perform again. And he is only 13!! By the way, he plays more than just guitar, he can play many more instruments as well! Check out some of his videos at https://www.facebook.com/media/set/?set=vb.116955745014351&type=2 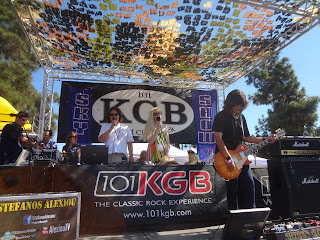 Clint August joined the broadcast talking about recent Sky Shows and building anticipation of the night's events to come. 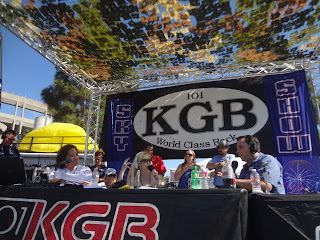 The Aztec Marching Band came through the Village and played a couple songs. 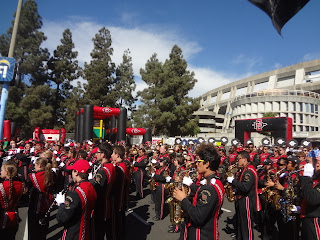 It was a real treat to see one of the Eastlake Little League players drop by, here is #18 with Ernie Martinez. 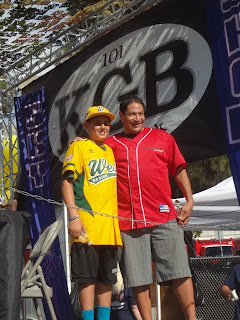 And here is one with Bromo 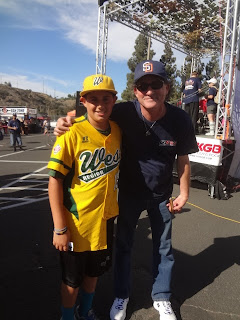 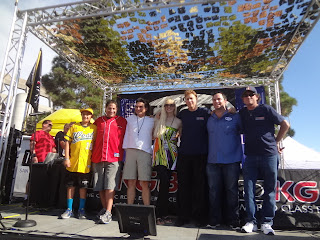 Then it was time to file into the stadium. Ready for some Aztecs football and pyrotechnics.

Unfortunately the Aztecs lost 40-19. But as they say, there is always next week. The crowd was terrific and lively. They even got the 'wave' around the Q a few times.
When the seconds ticked off the clock, Bob and Coe, along with Tony Gwynn introduced the Eastlake Little League team at the 20 yard line. The fans gave the United States Little League Champions a standing ovation. It was a great touch to the night to bring them out.
Then the lights shut off, cue the iconic theme song to Sky Show, and light the sky! 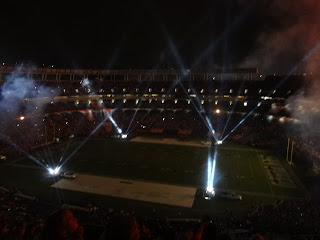 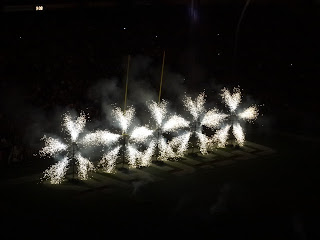 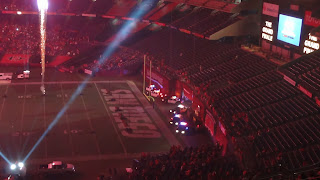