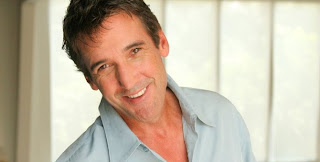 1959-2013
I was not sure what, if anything to put up in the wake of Kidd Kraddick's sudden death. I decided to capture some thoughts from San Diego radio's people via their Facebook pages. Here are some I found...


John & Tammy's John Flint: "Met and talked to the man once at Morning Show Boot Camp... and was a sponge, listening to everything he had to say, because dammit, you had to to do what I do. Thank you Kidd for being a wonderful abassador for Morning Radio. I will try my hardest to make the mark that you made in your short time with us..."

AJ Machado: "You may have heard the news about the sudden passing of morning DJ Kidd Kraddick, and if you'd never heard of him the news probably didn't affect you. Well, Kidd was one of my earliest inspirations and soneone who influenced me in a lot of ways. So if you've ever listened to my show, you can count yourseld among the MANY people that Kidd reached in one way or another. He will be missed.

Jagger & Kristi's Kristi Jagger: "We are shocked and saddened to learn of the untimely passing of radio's best....Kidd Kraddick. We hoped it was a internet rumor but sadly it's true. Over the years we have been inspired by a man who cared about people deeply and it showed in everything he did on air and off! RIP David Kidd Kraddick"

Jeff & Jer's Tommy Sablan: "R.I.P. Kidd Kraddick. Kidd was a longtime friend of the Jeff and Jer Showgram. He did a morning radio show in Dallas and all over the country. The radio industry and his fans are in shock. He was a talented man! This is Tommy, I met Kraddick about 23 years ago. The day I met him, I watched him walk over to a piano and he sang and played Maybe I'm Amazed. All of us on the showgram will miss him. A few years ago, Kraddick called me to get permission to bring Breaking and Entering Christmas to his Dallas listeners. It was an honor to know his show did that every year. Our thoughts and prayers go out to his family and his many listeners."

Leave your mark with your listeners, you have much power, even by doing little things. Much can be learned from Kidd's charity work and professionalism. RIP Kidd.