Showing posts from April, 2013
Show all

'Shotgun Tom' Gets his Star 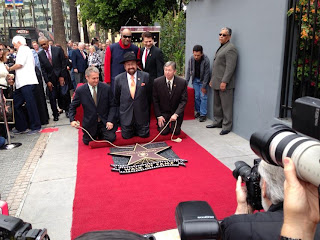 By Joe Nelson
"You better believe it, baby!" Shotgun Tom Kelly today received his star on The Hollywood Walk of Fame.

(Photos courtesy of Phil Blauer)
KFMB News 8's Phil Blauer was on hand and put together this great story... San Diego, California News Station - KFMB Channel 8 - cbs8.com
And another from Phil, this one includes an interview with Shotgun's daughter, Melanie.
San Diego, California News Station - KFMB Channel 8 - cbs8.com
Hundreds of fans, including family and close friends were on-hand for the ceremony. Even Johnny Mathis was in attendance. The area was jam packed of people excited to see Shotgun get his star on Hollywood Blvd at La Brea Ave. (Photo Courtesy of Marilyn Hyder)    Speaking at the event was K-Earth 101's Program Director Jhani Kaye and the one and only Stevie Wonder, who sang a quick line for Shotgun.
(Photo Courtesy of Marilyn Hyder)
Diane Bell of the UT did a great article Monday, you can read that HERE


A twenty-year team, Jack and Joe have been known for years as one of California’s most popular and funny morning shows.  “We’re a couple of white men who occasionally get angry, but we’re not two angry white men,” says Getty.  Armstrong adds that the show is based in humor, “it’s hard to be too serious, for too long.”  Both men have families with kids, and they spend their time on the air equally talking about their lives, pop culture and occasionally politics.  Getty says that San Diegans can expect the pair to “skewer the news, and we’re quite proud of the fact that there are a lot of laughs on this show in any given hour”.
“Like any great radio morning show, Armstrong and Getty have that unique ability to not only …
Post a Comment
Read more 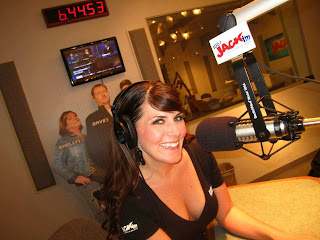 
100.7 JACK FM’S EMILY MAGUIRE SELECTED AS FINALIST FOR BEST JOBS IN THE WORLD CAMPAIGN
Tourism Australia is currently running The Best Jobs in the World campaign, for a chance to win one of six dream jobs in Australia.  The first round of the competition had over 600,000 applicants from every country in the world.  Jack FM's own Emily Maguire has made the cut and is now in the top 25 for Chief Funster for New South Wales, based in Sydney.
In 2009, Tourism Queensland hosted the original Best Jobs in the World campaign. It resulted in one man being given his own island for six months and sharing his experiences with the world. He and the campaign received so much press about living the ideal lifestyle that the campaign has been brought back.
This time around the jobs being pursued by the lucky 150 applicants who were shortlisted are as follows: Lifestyle Photographer, Outback Adventurer, Park Ranger, Tastemaster, Wildlife Caretaker and Chief Funster.  The Chief Funster pos…
Post a Comment
Read more

Shotgun to get his Star Tuesday

By Joe Nelson
Legendary San Diego/Southern California radio personality "Shotgun Tom" Kelly will receive a star on the Hollywood Walk of Fame Tuesday.
Shotgun's star will be located right next to "The Real Don Steele" at the corner of Hollywood Blvd. and LaBrea. Shotgun is currently on K-Earth 101, 3-7 PM in Los Angeles.

Festivities begin at 11:30AM and special guest speakers will be K-Earth 101's Program Director Jhani Kaye and  none other than Stevie Wonder!

If you cannot make it to the event, you can watch the live stream right HERE

The Mayor is in the House 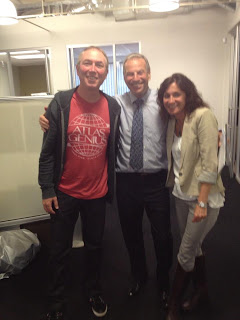 By Joe Nelson
Josh Rosenberg, recently with XX 1090 and before that with XTRA Sports 1360 just notified SanDiegoRadio he is leaving town after 14 years in San Diego.
Josh says he has accepted a position with 95.7 The Game. Home of the A's and the Raiders.
In an interview with SanDiegoRadio, Josh says "I'll be doing weekends and weekday fill-in work at first, plus some updates." "I couldn't pass up a chance tp join a top 5 market." "I'm excited for this opportunity to join 95.7 The Game and grow with a great new station in the Bay Area. The journey continues in this wild radio world. I loved my time in San Diego and developed a lot of great relationships with quality people."Best wishes to you, Josh!
-Joe
Post a Comment
Read more 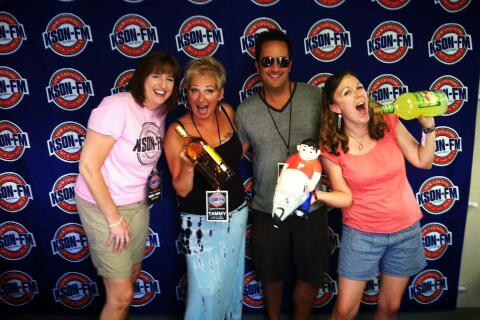 By Joe Nelson
Stagecoach 2013 is under way and KSON is representing nicely.  Morning show team John and Tammy are hanging backstage with the artist and the promotions team are out meeting fans and taking pictures.
SanDiegoRadio is on location.-Joe
Post a Comment
Read more 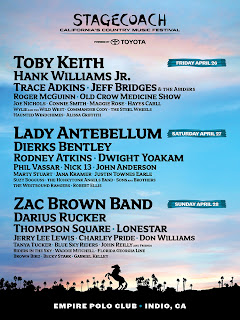 By Joe Nelson
Now that Coachella is over, The country version, "Stagecoach" starts Friday in Indio, CA. It will feature acts from A-Z (Lady Antebellum to Zak Brown Band) will take the three stages over the coarse of three days, Friday, Saturday and Sunday.
KSON 97.3/92.1 will be there for all these great acts.
KSON just topped the March Arbitron ratings for San Diego by taking the #1 spot overall yet again. Great job! San Diego Radio will be in Indio and will report as best as possible, if not trampled!
-Joe 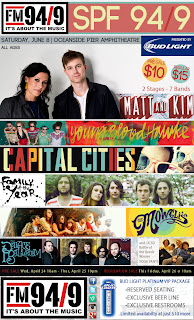 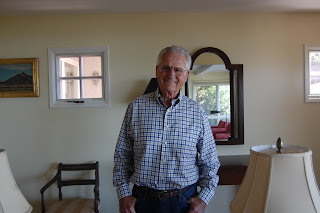 By Joe Nelson
This edition of the monthly SanDiegoRadio Spotlight is very special to me. I remember as a kid listening to Jerry Coleman late into the night calling the Padres games on my little radio. I owe a big thank you to my friend, Petco Park PA Announcer Frank Anthony for helping me get this interview.
Jerry invited me into his home, made me coffee and we sat in his living room which overlooks the Pacific Ocean and we chatted for almost an hour and a half. We covered a little radio, but as you know, his life is so full of events, it was hard to stay on one topic.


Joe: Jerry, how are you these days?
Jerry: Well, I'm 88 now. This eye went on me (points to his eye), and I'm in my second operation and it's coming along fine. When you are my age, and I am the oldest broadcaster in baseball, sorry to say, the eyes can give you trouble.
JN: How did you come to work in San Diego?
JC: I tried to get the job with the Padres when they came into the league in 1969, but no luck…
6 comments
Read more 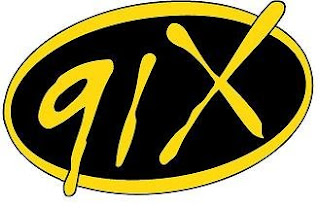 PROMOTIONS ASSISTANT – LOCAL MEDIA SAN DIEGO 91X| 91.1 XTRA-FM
Job Description: Specific duties include, but are not restricted to, the following: Draft proposals with concert venues and 3rd clients for promotional opportunities, including product giveaways, local concerts and events. Regularly update station website events, concerts, contests, and photo galleries on a daily basis and additional content as needed. Coordinate with department to oversee promotional calendar of appearances and giveaways, following up on details for activation (confirmation, promotion activation, delivery of prizes for winners). Organize event folders with updated information mirroring the promo calendar as it develops, communicating pertinent information to street team and jocks. Focus, attention to detail and ability to manage multiple projects at the same time. Assist with general overall department duties to the Promotions Director, Promotions Coordinator and other station personnel Office duties …
Post a Comment
Read more 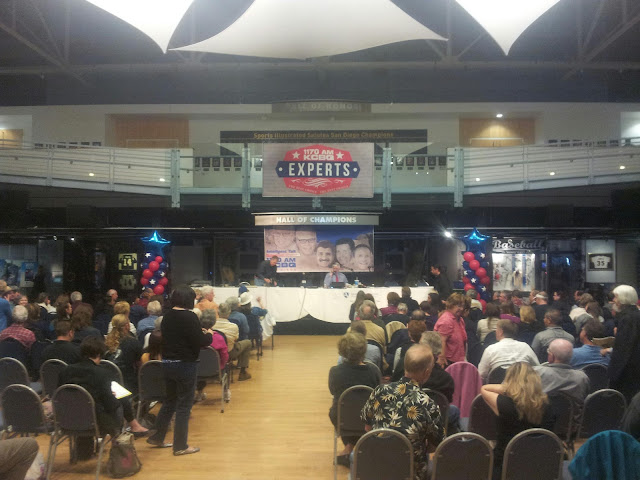 By Joe Nelson
SanDiegoRadio is on location at Balboa Park as  talk show hosts Mark Larson,  Dennis Prager, Michael Medved and Craig Sewing  conduct their shows LIVE at San Diego Hall of Champions.
1170 KCBQ has a nice set up in the museum and there are hundreds of people seated listening to the live broadcasts. 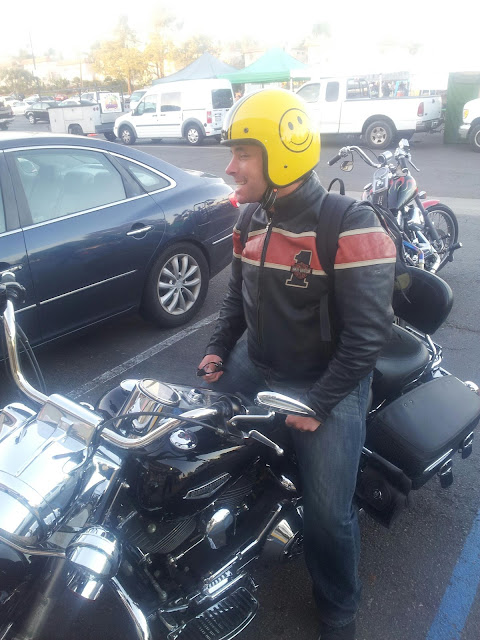 Another KFMB AM Hire

Noon has over five years experience in the radio & television industry.


Thanks for tuning in to SanDiegoRadio
-Joe 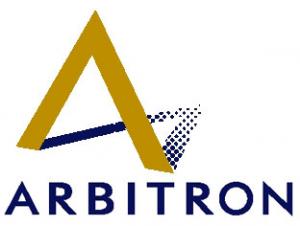 The following are the ratings for San Diego, March 2013:

Today is Channel 933 Listener Appreciation Day! As a special thanks from Channel 933 for your continued support throughout the years, we would like to offer you a chance to pick ANY available seat at Channel 933's Summer Kick Off Concert for $30! This special offer expires at 10 PM (PST) tonight (4/15)! http://concerts.livenation.com/event/0A004A6EAEDB3262 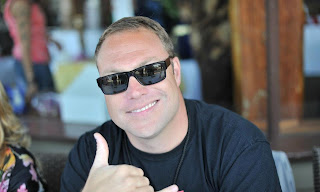 By Joe Nelson
Congratulations to Jeff 'Slash' Moore who today was hired on at KFMB 760 AM as production assistant!
'Slash' was previously LaDona Harvey's producer at KOGO. 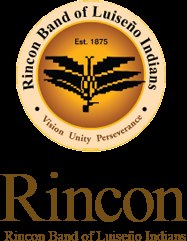 By Joe Nelson
This is one of the great things about community radio, Pala Rez Radio broadcasting softball games! This is from their Facebook page:

Our thanks to the Rincon Tribe and sport director Alfonso Kolb for another great season of Rez League softball. We broadcast four tournament games today including an exciting championship game with the lead changing three times before a new team this year, the Aztecs pulled out a come-from-behind win over Baad Medicine. We look forward to broadcasting lots more future league and tournament games from Rincon. 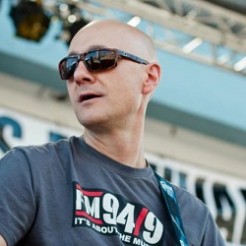 By Joe Nelson
Former FM 94/9 PD Garret Michaels was just hired on at 107.7 THE END in Seattle, also as program director.
For Michaels, this is not his first go-round in Seattle. He worked at KYPT Seattle, as well as in Detroit and Philadelphia.    Michaels starts Monday, April 15.
-Joe
Post a Comment
Read more 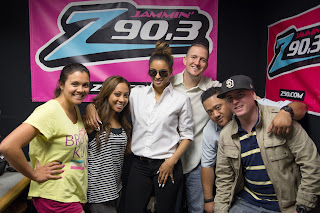