March 31, 2013
By Joe Nelson
There is a bit of a twist on this March edition of SanDiegoRadio's Spotlight. We all know Ken Kramer for his great TV show, About San Diego. But his background in radio is quite impressive. 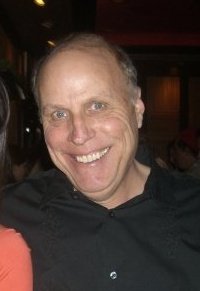 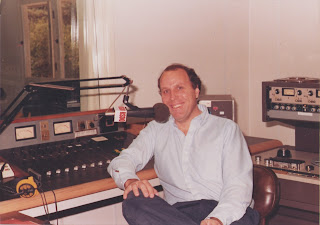 KSDO (KOGO)
Ken's affinity for radio stems from his early work at Pasadena City College where he held the position of Student Program Director and later when he was at SDSU he became the Studio Operator of (what is now) KPBS Radio. 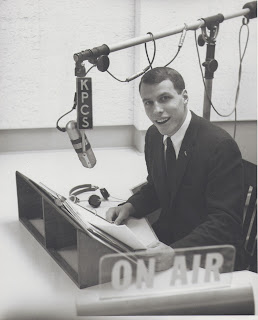 And now.... to the Spotlight:
Joe Nelson: Ken, thanks for taking the time for this Spotlight. I know the readers will enjoy this, as you are such a fixture in San Diego. So what are you doing currently?
Ken Kramer: I am currently at KPBS-TV with 'About San Diego'

JN: What is your position with KPBS-TV/About San Diego?
KK: I am the writer and storyteller for the show.

JN: Ken, who is your all time favorite musical artist?
KK: Doc Watson

JN: Who would you say is your favorite current-day artist?
KK: Alison Krauss

JN: Where is your favorite place to eat?
KK: Urban Solace, off of University in San Diego

JN: Ken, what are your movie interests?
KK: I like historical biographies and am a sucker for a good romantic comedy

JN: Do you have any hobbies?
KK: I enjoy racquetball and amateur radio

JN: What is your favorite part of San Diego, Ken?
KK: La Mesa

JN: Is there anything else you'd like to add?
KK: I have the best job anywhere, and I love it!

Ken Kramer's website can be found HERE (It has an online store with great stuff. I bought a neat coffee mug there)

Ken, thanks for your time, and keep up the great work on your show. Even as a native San Diegan, I have learned so much from About San Diego alone!