March 11, 2013
By Joe Nelson
This weekend I had the opportunity to sit down with Steven Woods, morning guy at FM 94/9 and longtime radio personality Chris Cantore. They currently do a Podcast together called Cantore + Woods. (Photo was taken at Bootlegger, site of their first live Podcast) 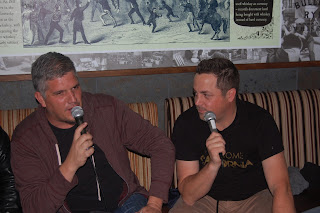 Woods has been on the air at 94/9 for 4 years now and runs the morning show solo. Cantore has been on KPRI, Star 100.7, and of course 91X in his 16 years on the air.
Cantore has moved into somewhat of the role of a mentor, helping the likes of Woods, Lauren O'Brien and AJ Machado. He lists getting the 91X as the highlight of his career having grown up north of San Diego, but still being able to pick up 91X on the beach.

Woods lists getting re-signed to the morning shift and meeting Cantore as the highlights in his career.
I asked each of them their views on current-day radio. Both say it is absolutely the best medium to communicate, and with the advent of social media, the audience has never been more accessible. Cantore adds radio is a very intimate platform. Also that changes are needed in radio. Changes to bring the listeners closer.
I asked Woods the differences they see with terrestrial radio vs. iPods, satellite radio, etc. He said the advantages for radio is the money and perks. The disadvantages are radio is censored and podcasts offer little money and limited time.
When asked about their Podcast, both are very pleased with its reception with the fans and say the downloads have 'way exceeded the expectations'. They say they both love doing the Podcast and giving people what they crave. It is free form and with the same model as radio.
This live Podcast at Bootlegger was their first, but definitely not their last. They plan to do plenty of remotes and actually are putting the finishing touches on more right now.
Thanks Chris Cantore and Steven Woods. Best of luck!

These photos were taken following the Podcast as Woods entertained the crowd with his guitar and terrific voice! 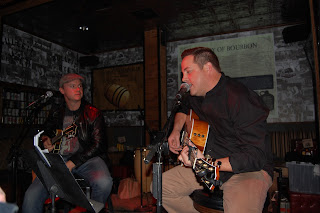 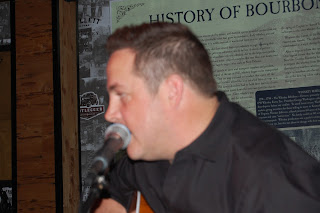 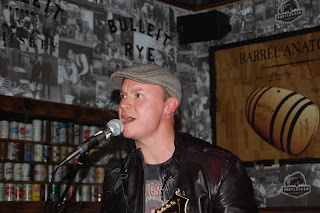 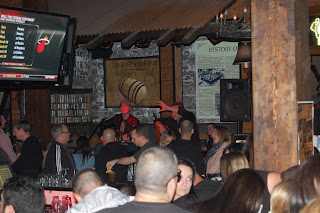 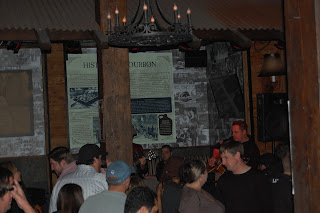