February 28, 2013
By Joe Nelson
This month's Spotlight is on KOGO's "Sully". Sully just moved into the 12-3 slot today after previously working evenings. Giddy Up! 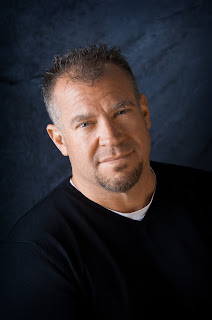 He is also the creator/host of THE BIG BIZ SHOW, a nationally syndicated radio program that is simulcast on television weekdays via radio on Armed Forces Radio network in 175 countries and all the ships at sea and simulcast on network television in over 44 million broadcast homes daily.

Sully’s and his band, “Lawdy Lawdy,” known for playing well known tunes by artists such as Stevie Wonder, Doobie Brothers, Bill Withers and Steely Dan as well as original music, is of the highest caliber with Grammy Award and Tony Award winners and nominees on Bass, Sax and Keyboards. They are also a Gospel Rock and Blues/Rock tours and plays at churches, Military events and all over Southern California.

Sully has been a newspaper publisher in the San Diego and Los Angeles area in the late 1980’s, then active as an intermediary in the venture community from 1992-2000, Sully assisted more than 200 companies obtain investment capital while raising over $250 million.

In his early career as an Investment Banking Consultant, he was the driving force behind the success of several Investment Banking/Retail Support firms that specialize in providing advise and counsel for publicly traded companies.  While experienced in fulfilling the needs of companies of all sizes, he particularly enjoyed working with smaller, growing public companies.

He began day-trading at the age of 22 and has become one of the premiere on-air personalities nationwide when it comes to picking individual stocks!

He has been described by the experts as “a helluva stock picker!” 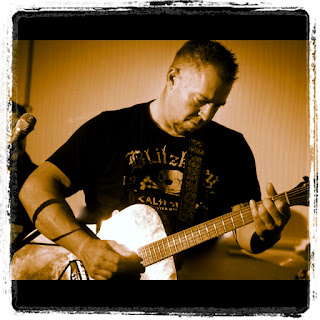 Sully has played guitar since the age of 8 and tours with his band year round, bicycles [he recently completed for the second year in a row - 620 miles in 7 days in support of “The Challenged Athletes Foundation”], is an avid volleyball player, surfs all of San Diego since age 11 and is a HUGE fan of his two daughters - the eldest being a Sophomore art student attending a 4-year university currently and his youngest, a multiple “All-League,” “All CIF,” and “Junior Olympics” volleyball player headed for college on a volleyball scholarship.

Favorite Parts of the City:  Cycling up Via Capri on Mt. Soledad, Del Mar 18th St.

Anything else you’d like to share?: If I make you breakfast in bed, a simple "thank you" is all I need. Not all of this 'How did you get into my house?' business... 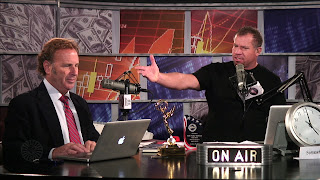 Thanks for participating, Sully!
Thanks for tuning in to www.sandiegoradio.org
-Joe Nelson